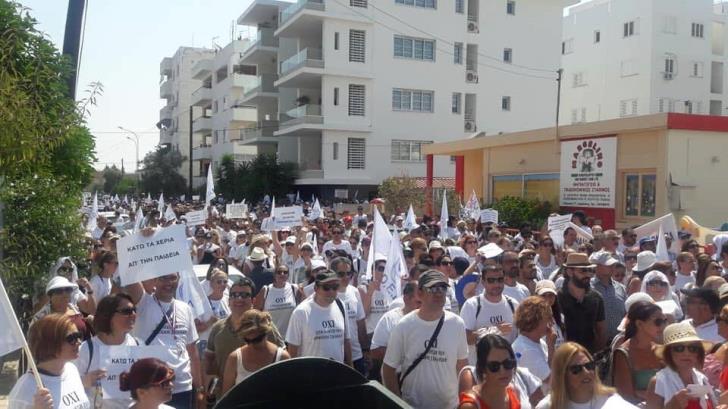 Teachers unions OELMEK, POED and OLTEK said on Wednesday they had accepted an invitation to meeting President Nicos Anastasiades at the Presidential Palace on Friday.

The invitation was extended only hours earlier by the president as he seeks a way out of an impasse which threatens to keep schools closed in September.

In a written statement, government spokesman Prodromos Prodromou said the invitation was for a free and open discussion, without an agenda on reorganisation and the best possible use of the resources available to public education.

Teachers have refused to continue talks with the Education Minister unless he withdraws staffing changes and have warned of a protracted strike in September.

OELMEK’s Yiannos Socratous said that the unions would go to the talks in good faith and with sound arguments for the good of everyone and particularly public schools.

“This is a meeting that we sought. A meeting with an open agenda as regards reorganisation. We hope that as a result of the meeting will be such as to end the crisis in education,” he told the Cyprus News Agency.