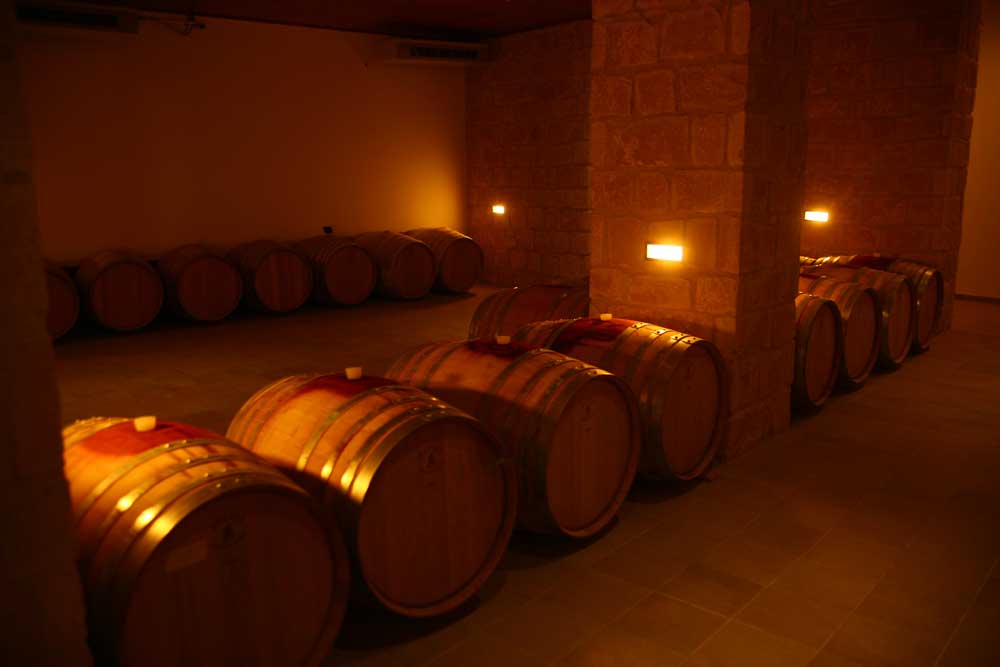 Born in Limassol in 1980 and raised in Nicosia, Marcos received his Bachelor Degree in Chemistry from Imperial College London. Then, he decided to move in Australia, where he had his Master in Winemaking from the University of Adelaide. Before coming back to Cyprus and joining his father on the cellar floor, he also worked in Provence, New Zealand and in the McLaren Vale wine region, a major wine-producing region located within the Fleurieu wine zone in South Australia.

Zambartas Wineries are successfully developing both vineyards and winery. Sémillon, Lefkada and Maratheftiko grapes are planted, which are turning from humble cuttings to fruit-producing plants. Zambartas Wineries also acquire old Xynisteri and Mavro vineyards, with their range of 10 wines to be awarded with over 50 medals in local and international wine competitions.

-So, the production of quality wine is a team work thing?

-Definitely you cannot do otherwise! Our own team is well developed since there is a special bond between us.

-Can Cyprus be a significant part on the international wine-production map;

-I estimate that Maratheftiko and Giannoudi vineyards will give Cyprus a special place on the wine-production map, since these two varieties have all the necessary features to give excellent quality of wine.

It is just a matter of time and experience.

Sophocles Vlassides was born and raised in Limassol in 1971. In 1991 he entered Imperial College London where he received his Bachelor Degree in Chemical Engineering. Then, he moved in California, where he obtained his Master Degree in Winemaking

-You are renowed as one of the top oenologists and wine producers in Cyprus. How do you manage to keep ahead of the competition?

-I strongly believe that good wine is produced in vineyards; Not in factories and laboratories since each vineyard gives different and unique wine varieties. Our major competitior, however, are the imported wines.

– The one and foremost challenge is to create your winery that will reflect your own distinctive character and personality. Currently, I am trying to bring back to life forgotten Cypriot varieties.

Born and raised in Paphos in 1987. He studied Winemaking in Florence, Italy. When in Italy, he had the opportunity to attend various technical seminars and exhibitions regarding the winemaking procedure.

-We have to experiment more in order to fully understand the traits and capabilities of each of our native varieties. Only then we will be able to produce unique, top quality wine.

Born in 1988 and raised in Limassol until the age of 11. Then he moved along with his family in Pelendri village, where the family winery is placed. He studied Chemistry in Loughborough and then he got his Master Degree in Business Management. Upon his arrival in Cyprus he worked for a year at OENUS wine distributors. However, he opted for a Master in Winemaking, so he moved in France.

-Any innovations you want to develop at Tsiakkas’ Winery?

-I aspire to bring in spotlight new wine varieties while investing at the unique terroir of the region.

-How do you see yourself in 10 years?

-I want to develop an autonomous personality, based on the virtues expressed by the persons I admire the most: my father, and Sophocles Vlassides. My foremost goal is to remain one of the best wineries in Cyprus, emphasising to quality and native varieties.

Born in Nicosia in 1983 and raised in Dali. He served at the National Guard until 2014. At the same time, he also obtained a postgraduate degree in “Organic Synthesis and Applications in the Chemical Industry” by the NTUA and a Winemaking Certificate from the UC Davis Extension. In 2013, He founded Vassiliades Expressions winery in Chandria village, Limassol.

-How did you decide to be a wine maker?

-Since I was a little child, I found the winemaking procedure extremely charming. Certainly, the family tradition in wine making affected me a lot!

-You are the very first wine maker in Cyprus that dare to plant Pinot Noir. What is the aftermath?

-I love the certain variety. Let me keep the results as a surprise for 2018!

Home to fifth generation winemaking, the winery is fruit of a transformative expansion led by Pambos Argyrides using original buildings restored and expanded, blending tradition with functionalities of a modern-day winery. Run today by Rebecca Argyrides and her family, sustain the emblematic Estate Argyrides wines.

By In Cyprus
Previous article
Wine bars we love
Next article
Government to deposit 2.5 billion euro at CCB in the form of a bond