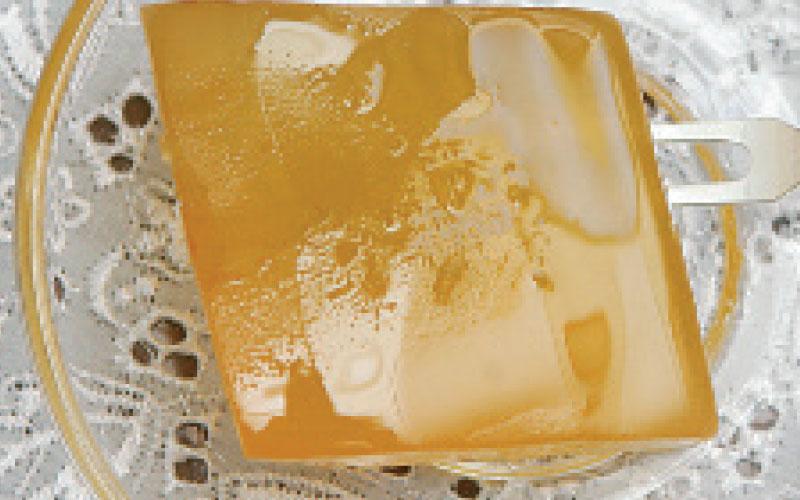 Carefully remove any remaining red flesh from the peel and then use a sharp knife to remove the outer green part of the peel so that the peel is all white. Cut it in square pieces of about 4-5cm.
Dissolve the pickling lime in enough water to cover the pieces of peel in a non-metallic bowl. Let them sit for 4 hours (so that the peel firms and does not disintegrate in the cooking). Strain them and wash them thoroughly and repeatedly with plenty of running water.
Place the pieces of peel in a saucepan, cover them in cold water and boil them for 10 minutes. Strain them and place them back in the saucepan with more cold water. Let them sit until they soften. Strain them again and throw them in a bowl of cold water, ice and ½ cup of lemon juice. Let them sit for 2 hours, strain them again, put them in the saucepan and stir in the sugar and water. Let them sit for about three hours until the sugar melts and then boil them for 10 minutes. The next day, add the geranium leaves, and return to the heat, allowing it to reach a boil until the syrup thickens – check by dropping a few drops of syrup in a glass of iced water; it should form drops before dissolving. Add the extra lemon juice and bring to the boil again.
Then, remove from the heat, allow to cool, and pour into cool, sterilised jars.
Note: Pickling lime in Greek is called “asvestis”, which bears no relation to toxic asbestos. As a matter of fact it is simply calcium carbonate, which is traditionally used to white wash walls and is harmless and is one of the main components of pharmaceuticals that sooth stomach acidity.