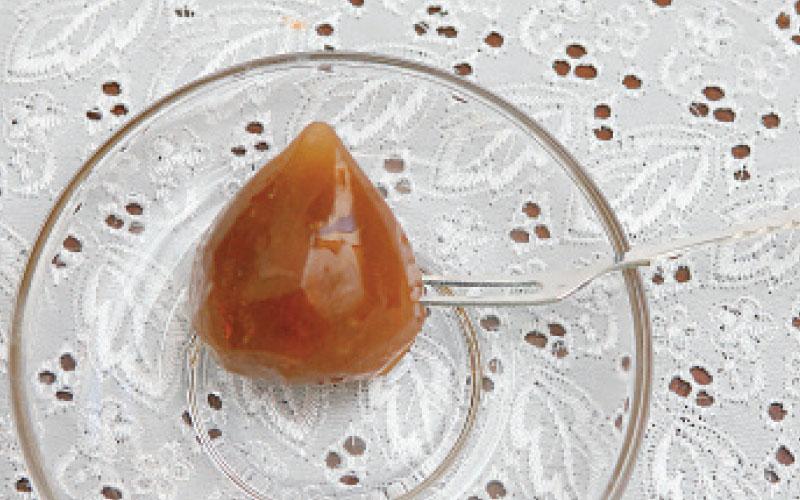 With a peeler remove the thinnest layer possible from the
skin of the fig. Then, dissolve the pickling lime in water and cover the figs with it, using a non-metallic bowl. This is done to keep the figs firm. Let them sit for 2 hours and then drain them and wash thoroughly with plenty of water.
Warm the water in a pot, throw the figs in and then heat them for five minutes, counting from the time the water has begun to boil again. Heat them until they soften (be careful, they don’t take long), and are soft enough when you pierce them with a toothpick. Drain them and immediately throw them in a bowl with cold water, ice and ½ cup of lemon juice. Let them sit for 2 hours and then drain again.
In the meantime, place the almonds in a non-stick pan without oil over low heat and stir them until they become lightly brown. Place them immediately in a separate bowl as they will turn black if you leave them. Take the figs one by one and push an almond inside them from bottom. Put them back into the pan, add the sugar, water, cinnamon and cloves and heat for 10 minutes, shaking the pot slightly so the sugar dissolves. Let them sit overnight and the next day heat them until the syrup binds, usually for a few minutes (the syrup is ready when you pour some syrup into cold water and it forms drops before dissolving). Place them in sterile jars.