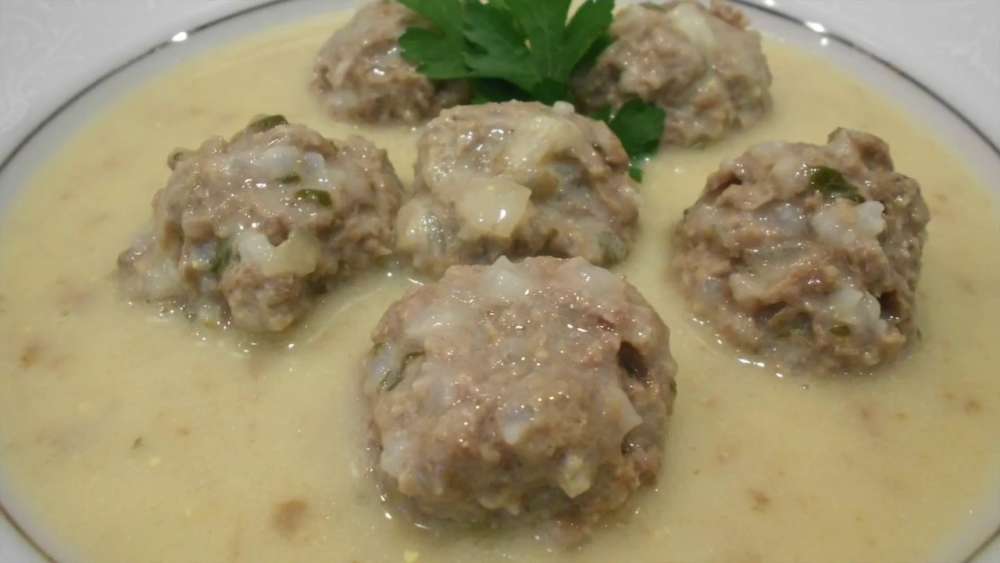 Put the mince with rice, olive oil, onion, parsley, 1 tablespoon of dill, salt, pepper and egg white and mix until it becomes homogeneous.

Allow the mixture to rest for about 20 minutes and then squeeze it into small round balls (about 25).

Boil cups of salt water in a cup on medium heat and then pour in the yuvarlakia.

Allow them to simmer on moderate heat for about 20 minutes until the rice softens.

Pour in the remaining dill and let it boil for about 5 minutes.

In the meantime, mix the whole egg in a bowl, while adding lemon juice.

Add broth from the soup to warm the mixture, while mixing. In a bowl, dissolve the flour in ½ cup of cold water and pour it into the soup.

Allow to boil and then pour in the avgolemono (egg and lemon soup). Be careful as not to break the yuvarlakia.

Check the salt and pepper and as soon as the soup begins to boil, remove it from the fire.

By In Cyprus
Previous article
Anastasiades: We expect Turkey to display political resolve for the solution of the Cyprus problem
Next article
CBM on mobile phones connection to be discussed on Thursday