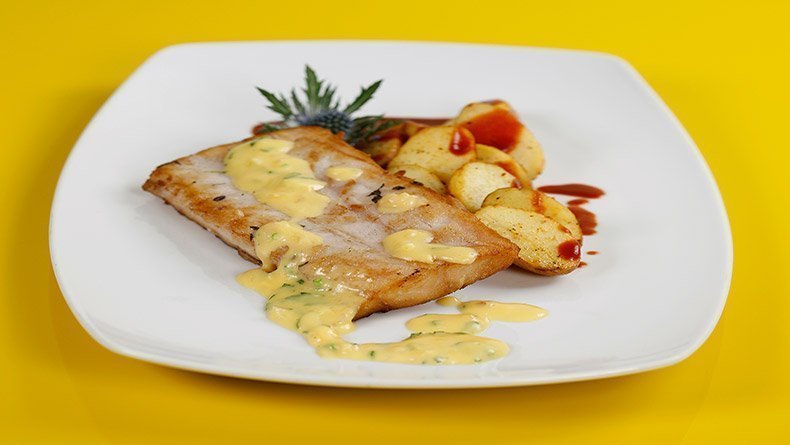 500 gr (about) fish bones and heads (or only heads), 1 cup carrots in washers

Prepare the broth first: Boil plenty of water (about 4-5 ounces) in a saucepan and, when boiled, add all the ingredients. Allow the mixture to boil again and then lower the heat, cover the pot and simmer until most of the water evaporates and leave about half. Allow it to cool down and pass it through a small strainer.

Fry the fish, heat the oil in a large pan and fry until it turns slightly gold on both sides. Remove it from the pan and keep it warm.

Put the onion and garlic in the same pan and cook until they wither. Add the broth, lemon juice, oregano, parsley and dill and let them boil. Remove the pot from the fire and keep it aside to cool down a bit. Empty the egg-lemon sauce in the pot, put the fish inside and return it to a very low heat until it starts to boil. Remove it from the fire and serve the fish with its sauce, accompanied with fresh potatoes.