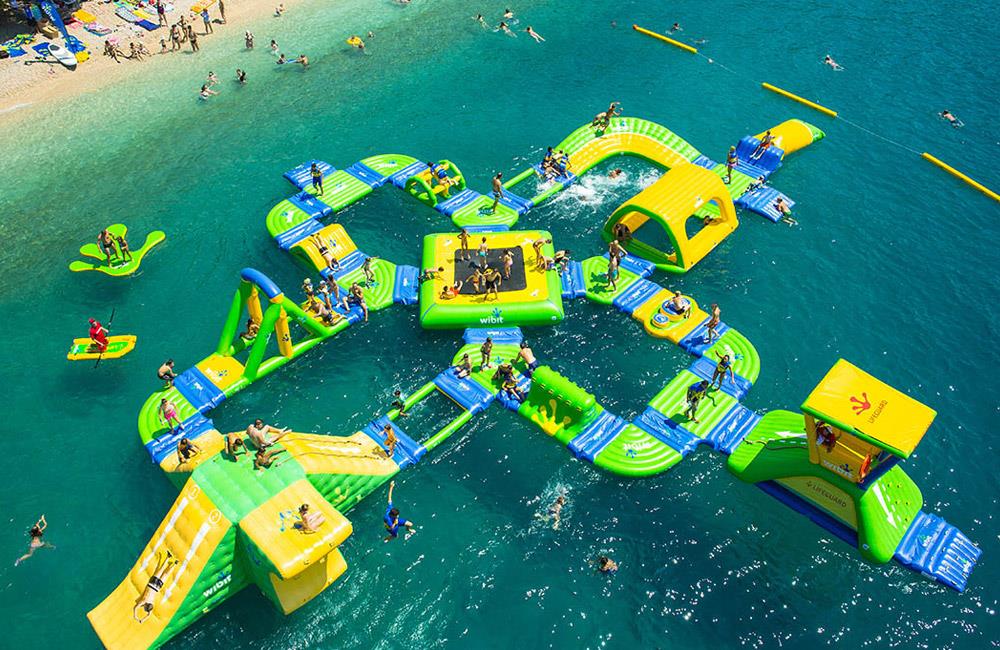 The Interior Ministry is looking at the operation of marine recreation parks — areas with floating inflatables in the sea — as it moves to establish a legal framework for their operation.

Currently these are regulated by the Protection of the Beach Law and require a licence from the relevant local authorities.

However, there appears to be gaps in this legislation as regards the licensing process as well as the operating and installation conditions of the marine parks.

The licencing issue is of concern to members of the Beach Committee who have undertaken to prepare pilot guidelines in order to cover this legal vacuum.

On its part, the Ministry of Interior has drawn up draft guidelines for licensing, installation and operation of the marine parks, based on relevant Greek and European rules.

For its part, the Cyprus Tourism Organisation has highlighted the issue of safety both for users of the park as well as for swimmers more generally.

In a letter to the Interior Ministry, the CTO also said it was imperative that the number of marine parks per district should be determined in advance, in order to preserve the natural environment and landscape. It also said  marine parks should not be allowed within ‘Natura’ areas.

At the same time, it is suggested that marine parks should preferably be established at specific points of the beach so as not  to impede the visibility of lifeguards.

It also wants a ceiling to be imposed on entrance fees, as is the case with water sports.