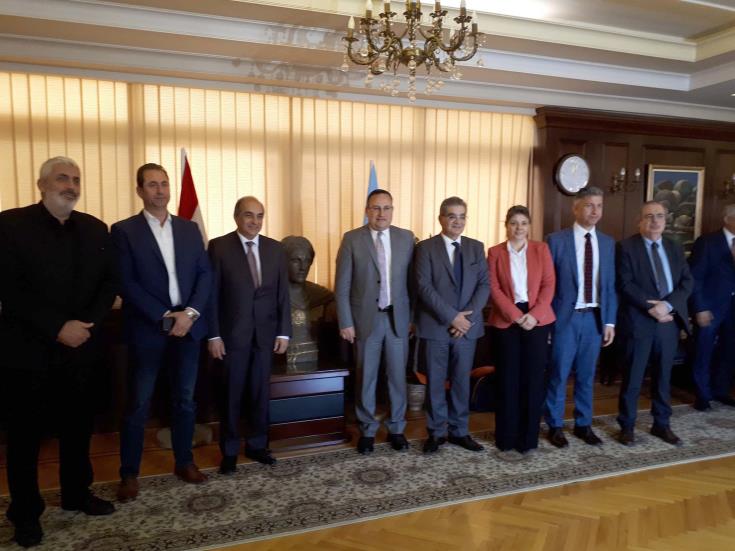 Alexandria Governor Abdel Aziz Konsowa has told House of Representatives President Demetris Syllouris that the city is in talks with low cost airlines aiming to connect Cyprus with Alexandria with a flight that would cost €60.

Konsowa, who was speaking during a meeting with Syllouris and a parliamentary delegation from Cyprus, also expressed his will for more business to business cooperation between Cyprus and Alexandria.

“We are looking forward in enhancing our cooperation in three areas, tourism, education and business”, Konsowa noted.

On tourism he spoke in favour of cooperation in cruise packages between professionals offering such services.

“We have also discussed the connection by air of Alexandria with cities in Cyprus in the context of low-cost airlines,” Konsowa said. Some of them, he added, have submitted their offers, adding that “our goal is for the ticket not to exceed €60.” This, he noted, will contribute in having joint tourism inflow between the two countries, as we discussed with our partners in Cyprus.

Alexandria’s Governor also proposed that the next visit on behalf of Cyprus is a business one under the aegis of the chambers of commerce and industry and that a similar visit is organised in Cyprus.

On his part, Syllouris referred to the importance of twinning of Alexandria with coastal cities such as Limassol and Paphos and suggested that Alexandria should also cultivate closer relations with Larnaca.

He also referred to a discussion he had at trilateral level with his counterparts of Greece and Egypt on tourism and said that they discussed specifically a proposal to share kiosks when in tourism and travel exhibitions in far-away countries such as China, Japan, America, Australia or South Africa.

The House of Representatives President was later given a tour of Alexandria Library while he also visited Patriarch Theodore II of Alexandria.

He returns to Cyprus tomorrow evening.