Talks of Cyprus, French presidents to focus on Turkey’s provocations 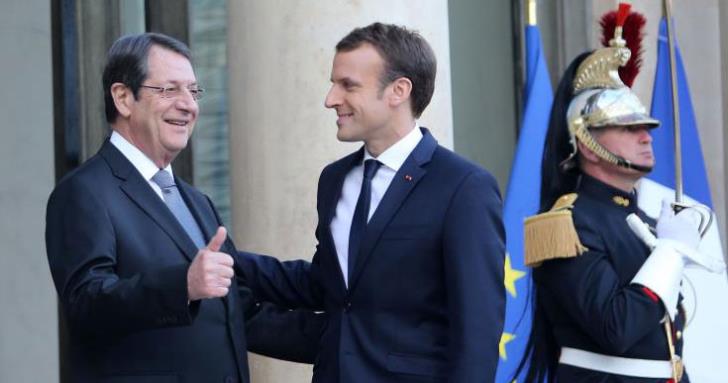 Cyprus President Nicos Anastasiades and his French counterpart Emmanuel Macron are holding talks in Paris on Thursday morning that will focus on tensions in the eastern Mediterranean.

The two presidents will discuss Turkey’s new notice to navigators announcing a seismic survey in the eastern Mediterranean and related issues in the region, such as energy, defence and bilateral relations.

Anastasiades is accompanied by the ministers or foreign affairs and defense, the government spokesman and his advisor on energy matters, former energy minister Goerge Lakkotrypis.

Energy issues will be high on the agenda of the talks as a French Total and Italian ENI consortium has been licensed to carry out natural gas exploration in several blocks of the Cypriot marine jurisdiction. Part of it is being disputed by Turkey.