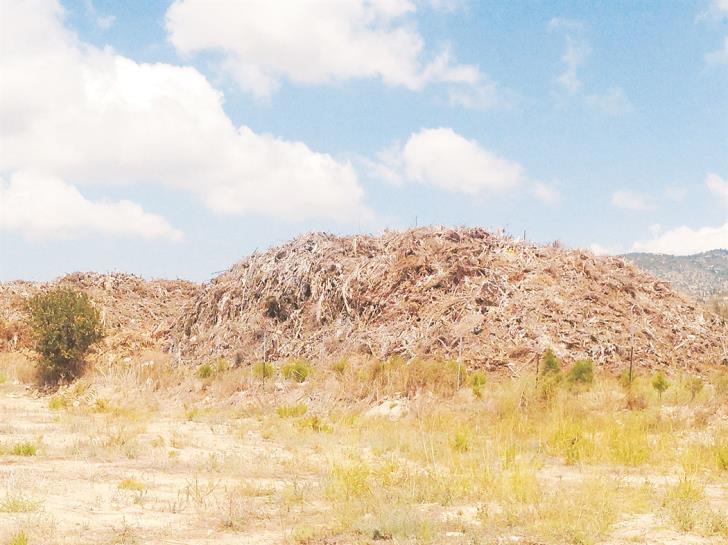 Tala community council has sounded the alarm over the fire risk posed by a huge mound of branches that have piled up at a licensed waste treatment plant.

Residents of Tala and Kissonerga contacted Phileleftheros to express their concern of a fire risk because of the high temperatures and ask for immediate measures.

The paper said Tala community council had written to the Agriculture Ministry asking for the immediate intervention of the Environment Service. The waste treatment plant operates in an area between Tala and Kissonerga, with the approval of the authorities.

The community council said that although the unit has a fairly satisfactory fire extinguishing system there is concern among residents as the quantity of branches and other cuttings is much bigger than that which the unit can handle.

Community leader Areti Pieridou said that the unit had a preliminary town planning permit, but said the council had reservations because it was close to residential areas. “With high temperatures and in view of the tragedy in Attiki,  residents are very concerned. That is why we sent the letter to the competent minister so that they can re-examine the issue and take immediate measures to prevent a disaster,” she said.

One suggestion was for the unit to temporarily stop taking delivery until the piles of materials is reduced, but the company appears not to have such an intention, she said. “Tala community council urges all competent state authorities to take all the necessary steps to reduce the volume of branches,” she said.