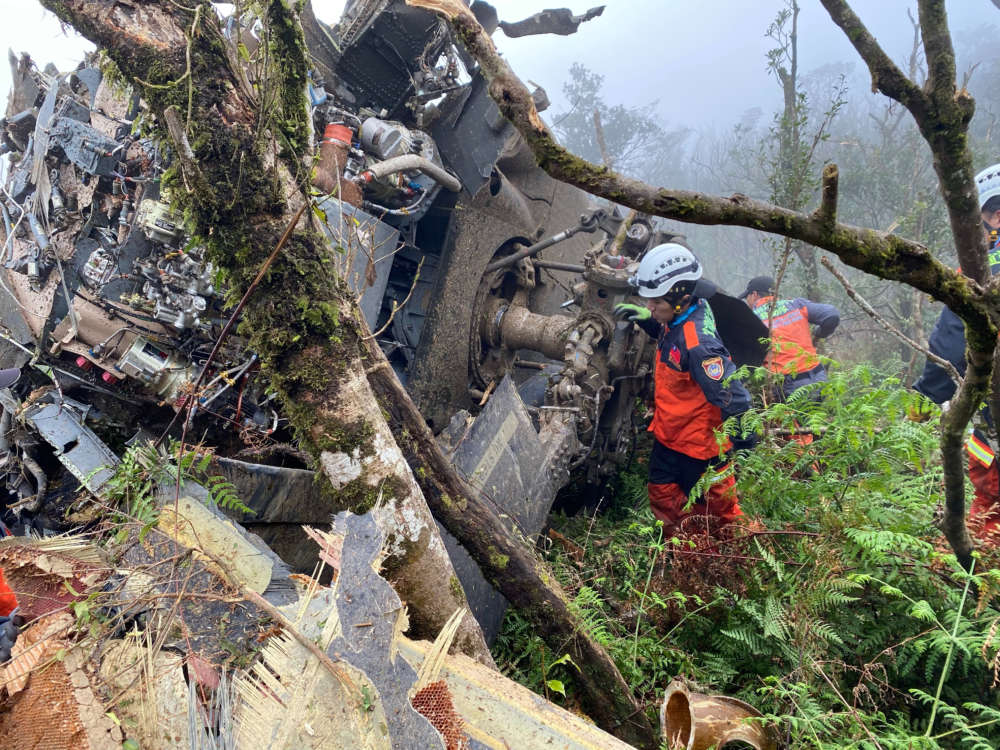 Taiwan’s top military official was among eight people killed on Thursday, after a helicopter carrying them to visit soldiers crashed in a mountainous area near the capital Taipei, the defence ministry said.

The main portion of the helicopter lay in a northern forest wreathed in mist, its blades shattered, as dozens of rescuers combed the wreck for survivors, pictures released by emergency authorities showed.

The reasons for the crash, in the wake of a forced landing, were unknown, the military said in a statement, adding that the chief of general staff, Air Force General Shen Yi-ming, had died, while five of the 13 aboard survived.

Shen, who took up his post in July, was Taiwan’s highest-ranking general to die in the line of duty, President Tsai Ing-wen said, adding that she had asked the defence minister to launch an investigation.

“We must find out the reason for the incident,” she told reporters in the northeastern county of Yilan, where the helicopter had been heading after setting out from Taipei.

“Most importantly, (we) must ensure the stability of our military and national defence.”

The defence ministry said it had dispatched a rescue team following the Black Hawk helicopter’s crash in New Taipei City, after aviation authorities lost contact with the craft at 8:22 a.m.

“Eight of our colleagues were killed,” a military spokesman told a news conference broadcast live on television.

The incident, which comes a week before democratic Taiwan holds presidential and parliamentary elections on Jan. 11, disrupted campaign events.

Tsai, who is seeking re-election, cancelled all campaign activities until Saturday, while opposition presidential candidate Han Kuo-yu of the Kuomintang party called off campaigns until Friday.

“Kuomintang urges related authorities to probe the incident as soon as possible and make a thorough check on the same type of aircraft to prevent the tragedy from happening again,” the party said in a statement.

The helicopter involved in Thursday’s incident was one of 60 UH-60M Black Hawk helicopters the United States sold to Taiwan in 2010, the official Central News Agency said.

Although the Unites States has no formal diplomatic ties with Taiwan, it is the island’s strongest international backer and main arms supplier.

The de facto U.S. embassy in Taiwan expressed its condolences, saying it stood ready to assist in the aftermath of the tragedy, but without detailing what such help might entail.

The incident was the latest aviation accident in Taiwan, after the 2018 crash of a Black Hawk helicopter off its east coast killed six people aboard, and the crash of an F-16 fighter jet killed a pilot the same year.

In 2016, the navy fired a supersonic missile in error, hitting a fishing boat in waters that separate Taiwan from diplomatic rival China.

China, which claims Taiwan as its territory to be brought under Beijing’s control by force if necessary, regularly calls the island the most sensitive issue in its ties with the United States.

Taiwan says it is an independent country called the Republic of China, its official name. (Reuters)

By Annie Charalambous
Previous articleTotal deposits of €48.6 billion in Cyprus in November 2019
Next articleMother of Briton facing jail for alleging gang rape backs boycott of Cyprus