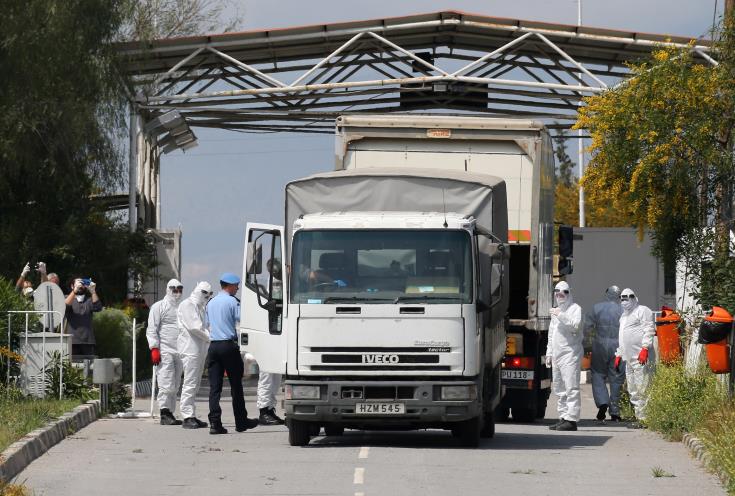 A total of 2000 chloroquine tablets and 4,000 pieces of protective gear were handed over to the Turkish Cypriot side on Thursday after a request by Turkish Cypriot leader Mustafa Akinci to President Nicos Anastasiades.

The supplies were handed over via the bi-communal technical committee on health.

But Ersin Tatar the self-styled ‘prime minister’ in Turkish-held north Cyprus said the drugs and supplies had been illegally transferred to the north by the ‘presidency’ and the ‘municipality’ of Nicosia.

In a written statement, Tatar said that the pills will be examined by the pharmaceutical services before they can be used to treat Cocid-19 patients.

He added that the way they had been transferred was not legal, since they had not been checked or passed through customs.

Since there must have been some contact with the Greek Cypriot side during the transfer, Tatar said that authorities must consider whether the individuals involved should be quarantined.

Replying on his social media pages, Akinci said that he expected that he and the mayor of the Turkish Cypriot sector of Nicosia Mehmet Harmanci would be charged with smuggling.

He noted that after a routine exchange between the co-chairs of the bicommunal committee on health, as in past, a quantity of medicine and protective gear had been handed over. This followed a request through the committee and with the help of the municipality, the supplies were delivered.

Harmanci said that the municipal crews had helped evacuate the hospital when it caught fire and have been assisting at all times.

He said his concern was not who is in charge but how to help. So when the technical committee asked for assistance, it was given, he said.

“We would do the same tomorrow without a second thought,” he added.”We love this country, not your dark mentality. We love our people, irrespective of your strange thoughts. Don’t stretch our your arms further than you can reach,” he added.

Other politicians also weighed in, with Tufan Erhurman, president of the Republican Turkish Party and Serdar Denktash of the Democratic Party criticising Tatar.

By In Cyprus
Previous articleWilliam and Kate say: look after mental health in coronavirus crisis
Next articleCovid-19: The situation in hospitals on Friday