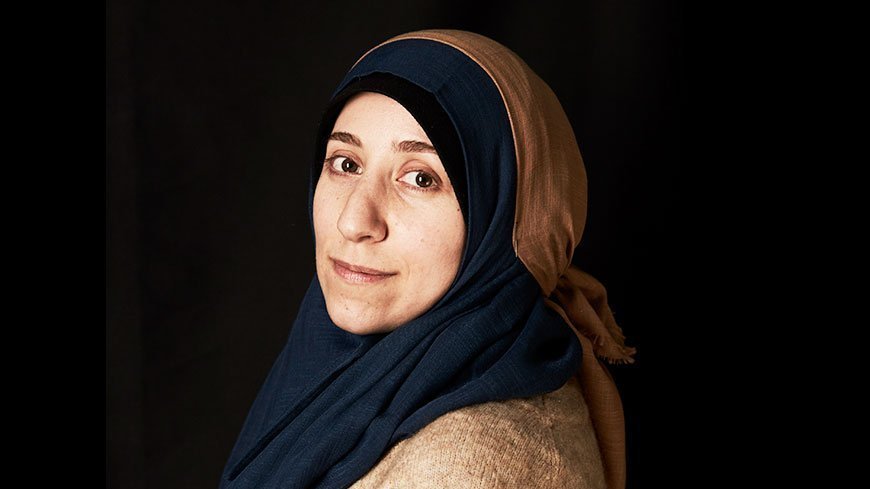 Dr. Amani Ballour, a pediatrician from Syria who ran an underground hospital in Eastern Ghouta in 2012-2018 and is now a refugee in Turkey, has been awarded the Council of Europe’s Raoul Wallenberg Prize for her personal courage, bravery and commitment in saving hundreds of lives during the Syrian war.

“Human rights and personal dignity are not a peacetime luxury. Dr. Amani Ballour is a shining example of the empathy, virtue and honour that can flourish even in the worst circumstances: in the midst of war and suffering,” said Marija Pejčinović Burić, the Secretary-General of the Council of Europe.

“A young paediatrician just out of university, Dr Ballour started as a volunteer helping the wounded and ended up, several years later, managing a team of some 100 staff members at the subterranean hospital, the ‘Cave’, in her hometown near the Syrian capital.

“The Cave became a beacon of hope and safety for many besieged civilians. There, Dr Ballour risked her own safety and security to help those in the greatest need. She and others acted day after day to save the lives of so many people, including children suffering the effects of chemical weapons”, the Secretary General added.

Now, after leaving Syria in 2018, Dr. Ballour continues to help people through her involvement in a fund supporting female leaders and medical workers in conflict zones.

The award ceremony will take place at the Council of Europe on Friday, 17 January at 16h00, followed by the screening of the National Geographic documentary “The Cave” nominated for an Oscar 2020 award.

The 17th of January marks the 75th anniversary of Raoul Wallenberg’s arrest in Budapest.  A Swedish diplomat, Wallenberg used his status to save tens of thousands of Jews from the Holocaust. The Prize was instituted in 2012 by the Council of Europe at the initiative of the Swedish Government and the Hungarian Parliament and contributes to keeping his memory and outstanding achievements alive.

The laureate of the Raoul Wallenberg Prize is selected by a jury of six independent persons with recognized moral standing in the field of human rights and humanitarian work, and who are in turn appointed by the Secretary General of the Council of Europe, the Swedish Ministry of Foreign Affairs, the municipality of Budapest, the Raoul Wallenberg Institute in Lund, the United Nations High Commissioner for Refugees (UNHCR) and the family of Raoul Wallenberg.

The 10,000 EUR Prize is awarded every two years to individuals, groups or organisations. This year’s laureate joins the three previous recipients: Elmas Arus (2014), a young Roma film director from Turkey; the Greek association Agalià (2016) from the island of Lesvos, which has been providing frontline assistance to thousands of refugees irrespective of their origin and religion; and the Budapest-based European Roma Rights Centre (2018), which has used strategic litigation to protect Roma rights throughout Europe.