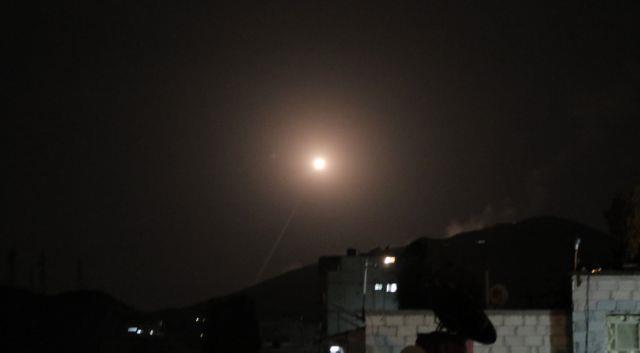 According to Russian state news agency Sputnik, Syria’s air defence systems shot down 12 missiles which targeted the Shayrat air base on Monday night.

Sputnik cites a military source: according to this source, Syrian air defence repelled an attack targeting a military airbase in the Homs province. The source added  that 12 missiles were intercepted.

According to Syria state media, no losses were reported and all rockets launched against the Shayrat airbase were shot down. State television showed pictures of a missile that was shot in the air above the air base.

The claims come after US, British and French forces attacked targets in Syria early on Saturday in response to a suspected chemical attack on Douma, a city close to Damascus in the region of Eastern Ghouta. Washington had blamed the Bashar al-Assad government for the chemical gas attack.

A representative of the US Pentagon asserted that no US military operation is taking place in Homs region ‘at this time’.

The rockets which had targeted Shayrat airbase in Homs were possibly launched by Israel according to media, such as the Al-Masdar Al-‘Arabi (The Arab Source) website.

Asked about the new missile attacks in Syria, a representative of the Israeli armed forces replied “we do not comment on such reports”.

In addition, media connected to the Lebanese Hezbollah Shi’ite movement reported that three missiles targeting the Al-Dumayr Military Airport East of Damascus were intercepted by Syria’s air defence systems. The base had been widely used in the large-scale Syrian operations to recover Eastern Ghouta.