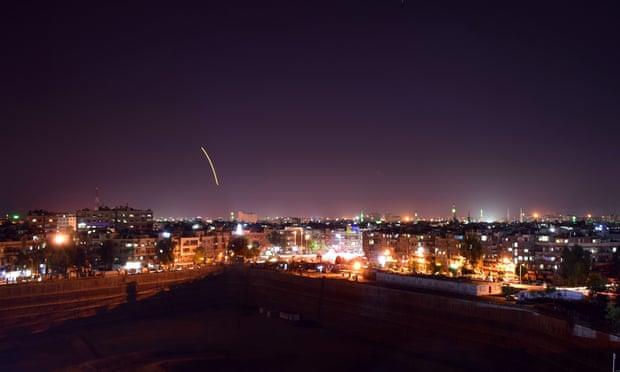 ‘Our air defences responded to an Israeli missile attack on Damascus International Airport and shot down a number of hostile missiles,’ said a military source, quoted by Syrian Arab News Agency (SANA).

The agency, without giving any information about casualties or damage, posted footage and images of air defences being activated. In the shaky video, a small, bright explosion is seen in the night sky, with city lights in the distance.

The Israeli military declined to comment on the incident.