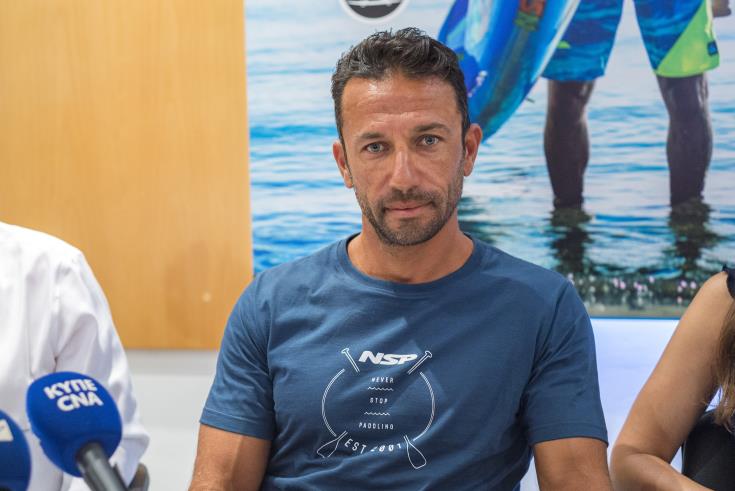 A Cypriot will paddle from Mykonos to Limassol on a paddleboard in August to raise money for charity.

Costas Symeonides, 41, will set off from Mykonos on August 15 to cover the 850 km distance on a standup paddleboard, arriving in Limassol on 24 August.

In 2013, Symeonides and his friend Nicos Karalis had covered 80 km from Paphos to Limassol, raising  €13,900 for the Cyprus Red Cross. A year later he covered 400 km from Castelorizo to Limassol raising €35,000 for the Preventive Pediatrics Centre, matching the same amount for the same cause in 2016 when he successfully covered 700 km from Vai Crete to Limassol.

He is now ready for his biggest challenge, with all the money raised promised to the Preventive Pediatrics Centre and the Karaiskakio Foundation.

Symeonides has been training since December, starting off with seven hours a day, increasing them gradually so as to be able to cover 11 hours daily, irrespective of the weather.

During the 10 day journey he will be accompanied by a boat with a 10 member crew which he will board only to sleep. His progress will be recorded online.

The initiative, “I paddle for life, I paddle for children”  is under the auspices of President Nicos Anastasiades and is supported by OPAP among others.

By In Cyprus
Previous articleWoman held after Coral Bay hit-and-run released without charge
Next articleTrump, Putin to meet on July 16 in Helsinki