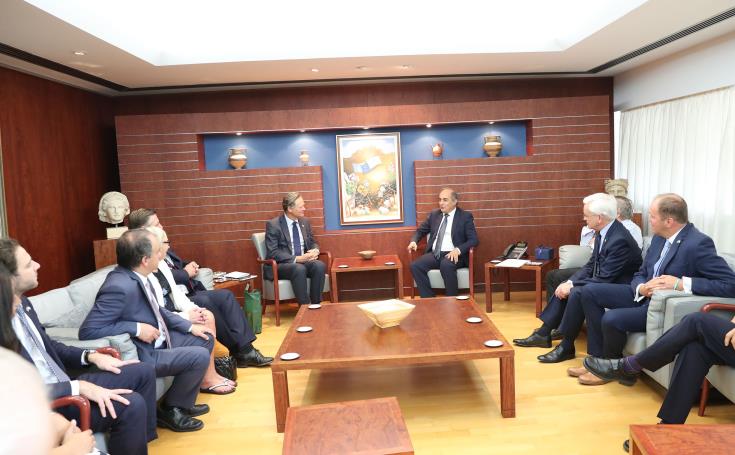 The Cyprus issue and bilateral relations between Cyprus and the UK were discussed during a meeting in Nicosia between President of the House of Representatives Demetris Syllouris and a delegation of the Conservatives’ Friends of Cyprus Group.

According to a press release, they exchanged views on the course of bilateral relations, especially after Brexit and noted that relations between the two countries will remain friendly and efforts will make efforts to strengthen them. Syllouris also pointed out the possibilities offered by utilising ties with the Commonwealth.

Furthermore, Syllouris referred to the latest developments in the Cyprus issue, stressing the Greek Cypriot side’s insistence on finding a solution through talks.

He pointed out Turkey’s aggressive stance, especially regarding the exploitation of resources in Cyprus’ exclusive economic zone.