Syllouris discusses bilateral relations with Ambassadors of Spain and Qatar 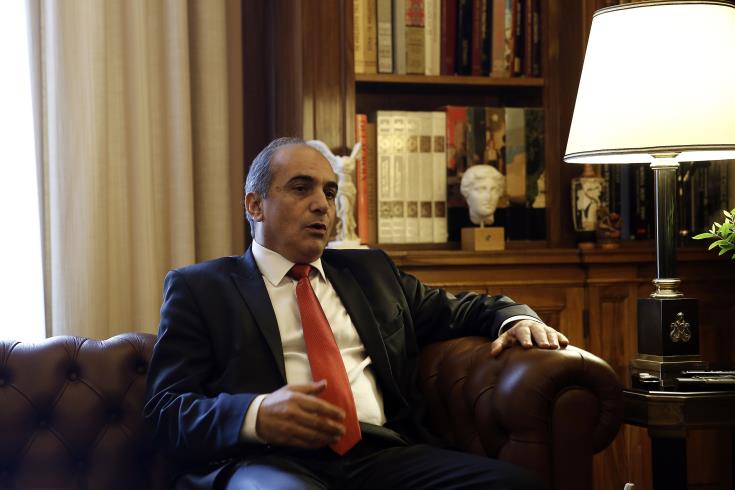 According to a press release, Syllouris and Aguilar referred to ways to upgrade bilateral relations, especially on a parliamentary level, and the Spanish Ambassador expressed his willingness to cooperate fully with the authorities of the Republic of Cyprus towards achieving this goal.

They also exchanged views on closer and upgraded cooperation between the parliaments of Mediterranean countries.

During the meeting with the Ambassador of Qatar, issues of mutual parliamentary interest on a bilateral and multilateral level were discussed.

Syllouris and Al-Mahmoud also discussed the political and economic situation in Cyprus and Qatar, and exchanged views on international developments in the broader region of the Middle East.