Swiss govt demands clarifications from the EU in treaty talks 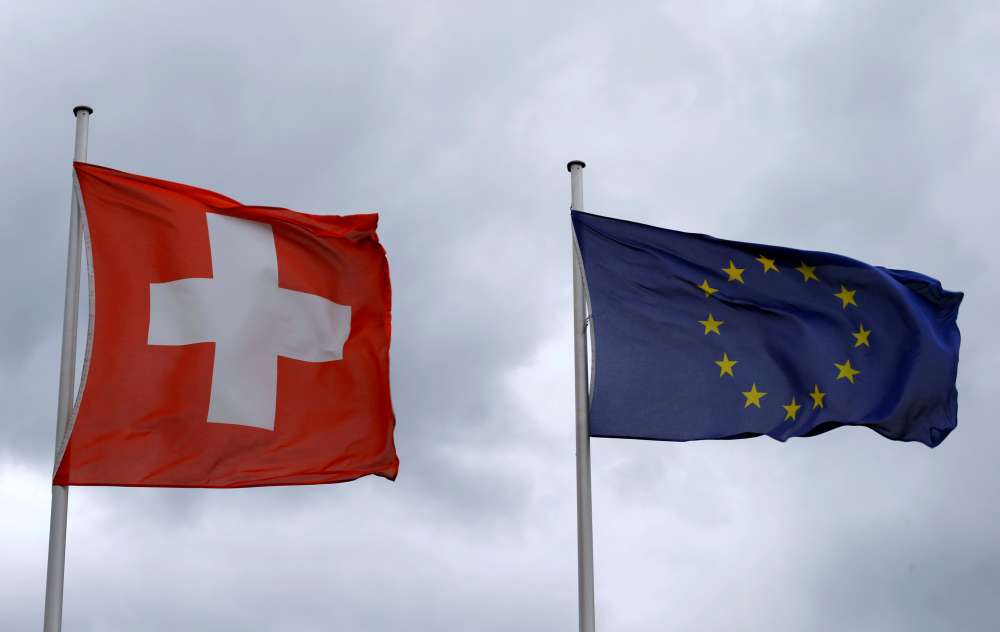 The Swiss government is demanding clarifications from the European Union on several issues before it signs off on a draft treaty, it said on Friday, risking a backlash from Brussels over yet another delay to an accord the EU has sought for a decade.

The response came as the government reported back from consultations it has been conducting with local Swiss authorities, business groups and labour unions on a new treaty to govern relations between Bern and Brussels.

“At its meeting of June 7 it approved the report on the consultations on the institutional agreement between Switzerland and the European Union and decided to demand clarifications,” the Swiss cabinet said in a statement.

Failure to endorse the treaty and begin the ratification process could well plunge Swiss ties with its biggest trading partner into a new ice age, potentially disrupting commerce and cross-border stock trading.

Opposition from across the political spectrum sparked by worries about Swiss sovereignty has made it impossible for the Swiss to embrace the treaty now.

Concerns have been raised about EU demands to dilute Swiss rules protecting Europe’s highest wages from cross-border competition, giving EU citizens in Switzerland the same rights they get at home, and limiting state aid.

The Swiss cabinet said on Friday it had written to the European Commission to indicate its readiness to talk about a solution to the three issues, which must be settled before it can sign the deal and present it to the Swiss parliament.

“The Federal Council also underlined that maintaining the current level of wage protection was a key Swiss demand,” the cabinet said.