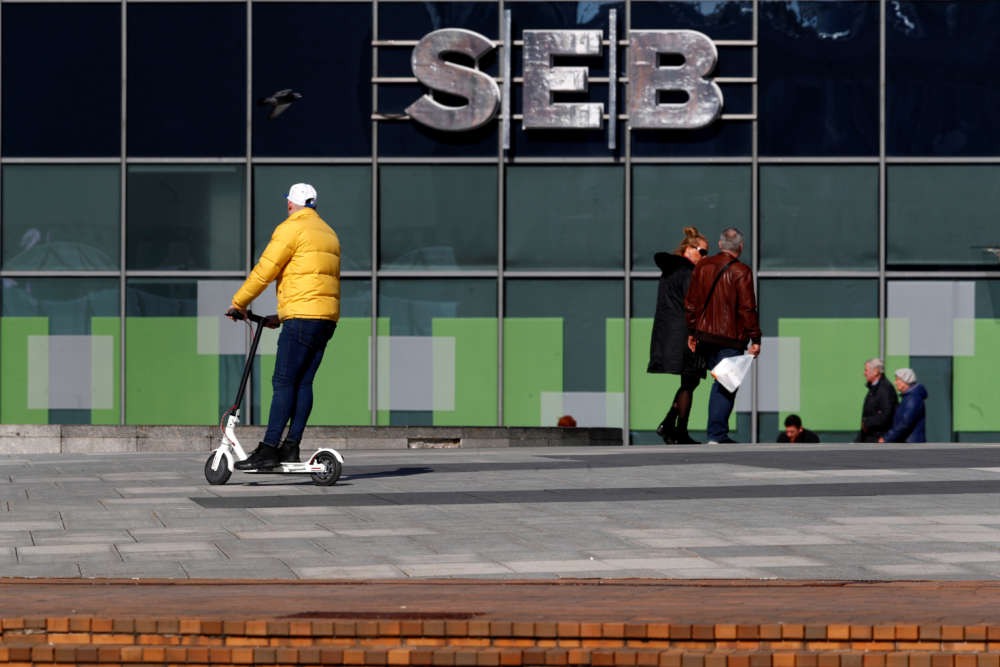 SEB said it saw no need for further action after a Swedish Television (SVT) report on Wednesday said accounts at the bank had links to suspected money laundering in Estonia.

SVT said its report was based on a cache of leaked information provided by the Organised Crime and Corruption Project investigative reporting consortium.

SEB had managed to stay clear of a long-running Baltic money scandal which has hit rivals Swedbank and Danske Bank. But its shares fell 13% on Nov. 15 after it said SVT had contacted it about the report.

Russian lawyer Sergei Magnitsky was arrested in 2008 after accusing Russian officials of large-scale tax fraud. He died in a Moscow prison in 2009 after complaining of mistreatment.

Torgeby denied any link between SEB and Magnitsky, saying there was a “huge discrepancy” with what SVT had reported. SEB reported previously that it had closed 95% of the accounts.

“We have not seen any evidence that any of the 179 companies on a sanctions list for their connection to the Magnitsky affair have ever been a client of SEB,” Torgeby said.

On whether SEB could be linked to any proxies related to the Magnitsky affair, spokesman Frank Hojem said: “We haven’t seen SVT’s analysis, but we think any connection is weak.”

SEB had said on Tuesday before SVT’s report that it had processed close to 26 billion euros ($29 billion) from non-resident Estonian customers between 2005 and 2018 that would not meet its current standards of transparency.

Torgeby said SEB had “not been used for money laundering in a systematic way”.

SEB’s largest shareholder said it was happy with the way the questions were being addressed.

“We have confidence in the way the bank and its management is working with these issues. We also think its good that the bank is being as transparent as it is,” Viveka Hirdman-Ryrberg, a spokeswoman for Investor AB told Reuters.

“That does not have to lead to fines, but the risk is that SEB needs to spend resources on getting the answers to those questions and this can lead to cost inflation,” he told Reuters.

Sweden’s financial watchdog said an investigation into SEB was ongoing and it had no comment.

Swedbank has lost around 40% of its market value since allegations surfaced that its Estonian branch processed suspect gross transactions of up to 20 billion euros a year from mostly Russian non-residents between 2010 and 2016.

The Baltic money-laundering scandal began with Danske Bank, which in September 2018 detailed compliance and control failings.

Denmark’s biggest bank is under investigation in several countries over 200 billion euros ($220 billion) in suspicious payments through its Estonian branch between 2007 and 2015. ($1 = 9.6261 Swedish crowns)

Within the framework of the Save Our Food programme and with a sense of responsibility towards society, Lidl Cyprus has proceeded in providing breakfast ...
Read more
Business

Emirates SkyCargo will be operating scheduled cargo flights to 100 destinations across six continents during the month of July 2020, including Larnaca, Cyprus. Apart from...
Read more
Business

Cyprus industrial production value and employment in the sector increased in 2018 by 11.4% and 7% respectively on an annual basis, data released by...
Read more