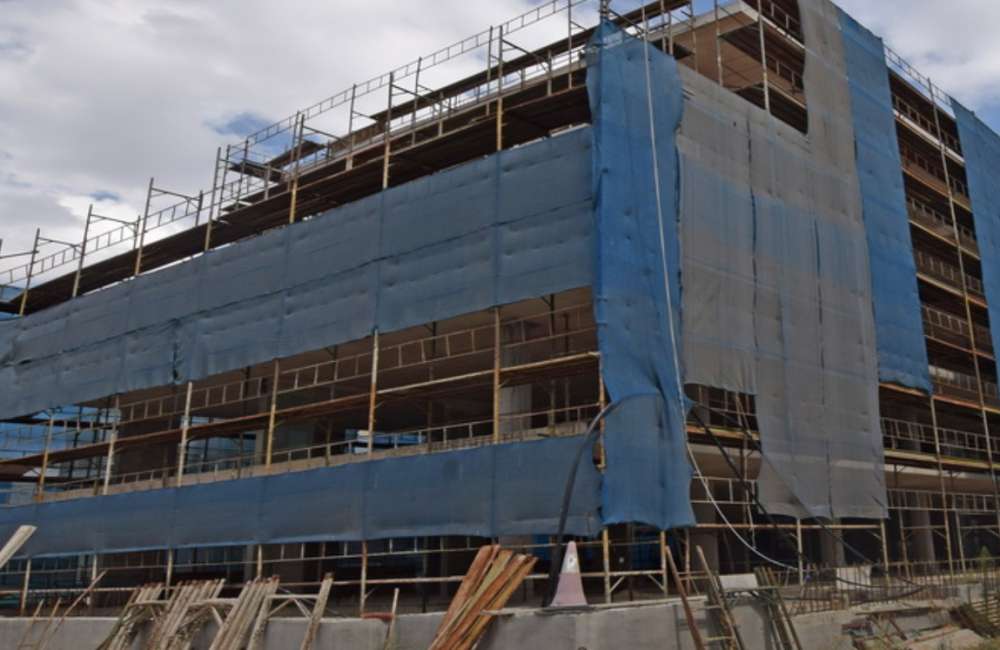 Suspended construction work for The Gladstone Residence which is a luxury residential development located in the heart of Nicosia, on historical-character Gladstone Street, will resume shortly.

The long delay for The Gladstone Residence which is bordering Prodromou Park and the Pediaios River was due to the island’s financial crisis.

The premium project was left unfinished by its initial development company which passed it over to Bank of Cyprus, ending up in the hands of Real Estate Management Unit whose selling price was set at €9.7 million.

REMU recently reached an agreement with Rotos Developers who are now in the process of updating the plan and securing certain licenses so as to proceed with the project’s completion.

Initial plans included the construction of six apartment complexes (26 apartments in total) as well as four independent luxury villas. In a shared basement parking, a total of 69 vehicles could be accommodated. The total development would occupy 8,051 sq. metres as well as an additional 2,519 sq. metres basement. The granted land to building ratio in the area is 100% but the plan of the new owner do not provide any major changes from the original one, informed sources told INSIDER.

Rotos Developers is behind several outstanding residential projects in Nicosia in recent years, mainly in the area of ​​the University of Nicosia. The group is behind Nicosia’s landmark building housing the headquarters of Wargaming – the award-winning online game developer company and now one of the biggest shareholders of the island’s Hellenic Bank.

In December 2013, Wargaming signed a contract with Rotos Developers to buy its impressive President Tower on Severis Avenue in Nicosia.