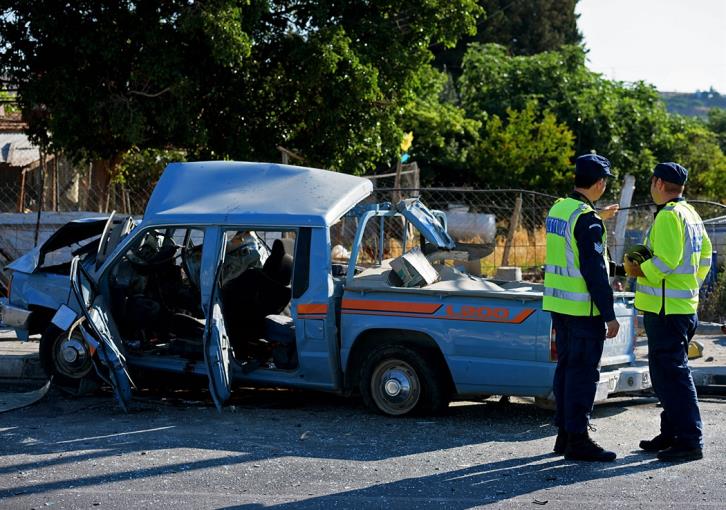 A man involved in a collision which resulted in three fatalities in Polemidia in 2017, was arrested last night on suspicion of threatening one of the victims’ relatives.

According to philenews, the suspect met a 24-year-old relative of one of the victims at a bakery last night and threatened him in order to stop pursuing legal proceedings against him.

The 24-year-old reported the incident to the police which later arrested and detained the suspect.

The fatal accident happened in Polemidia, Limassol on May 28, 2017.

A double-cabin truck with three men inside, Andreas Yiasemi, 32, Demetris Savva, 32 and Panayiotis Stefanou, 23, crashed with the car the suspect was driving while on their way to work at 5 am in the morning.

According to authorities the suspect was speeding, did not stop at traffic lights and was also found to be driving drunk.

The same day, before the accident, the suspect had been allegedly involved in a fight with a taxi driver. An arrest warrant was issued against him on charges of battery and for causing severe physical harm to the taxi driver.