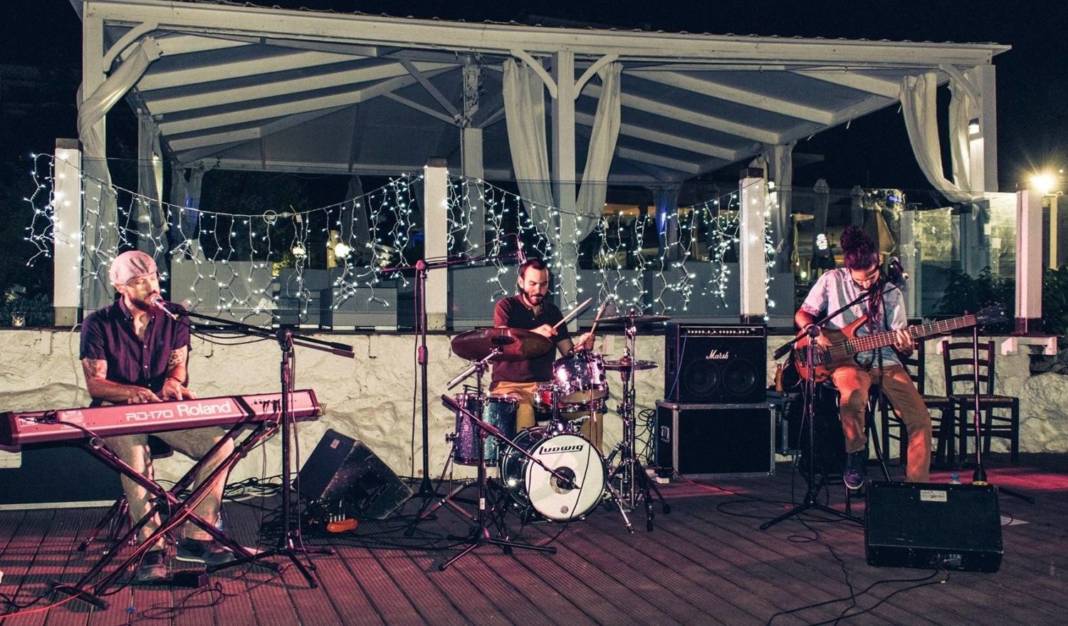 Technopolis 20 invites you to its garden to enjoy the wonderful Trio Frisson, one of the leading Soul bands in Cyprus performing a unique blend of Soul, Groove, Reggae, RnB, World and Jazz on July 2.

The band consists by Jamie Paul on vocals and keyboard, Byron Athinodorou on bass and b’ vocals and Lefteris Lefkatis on drums. Their debut album ‘Great Escapes’ (2013) features 11 original tracks and a host of guest musicians who contribute flavours of trumpet, violin and guitar to the mix. They are currently finalizing their second studio album. 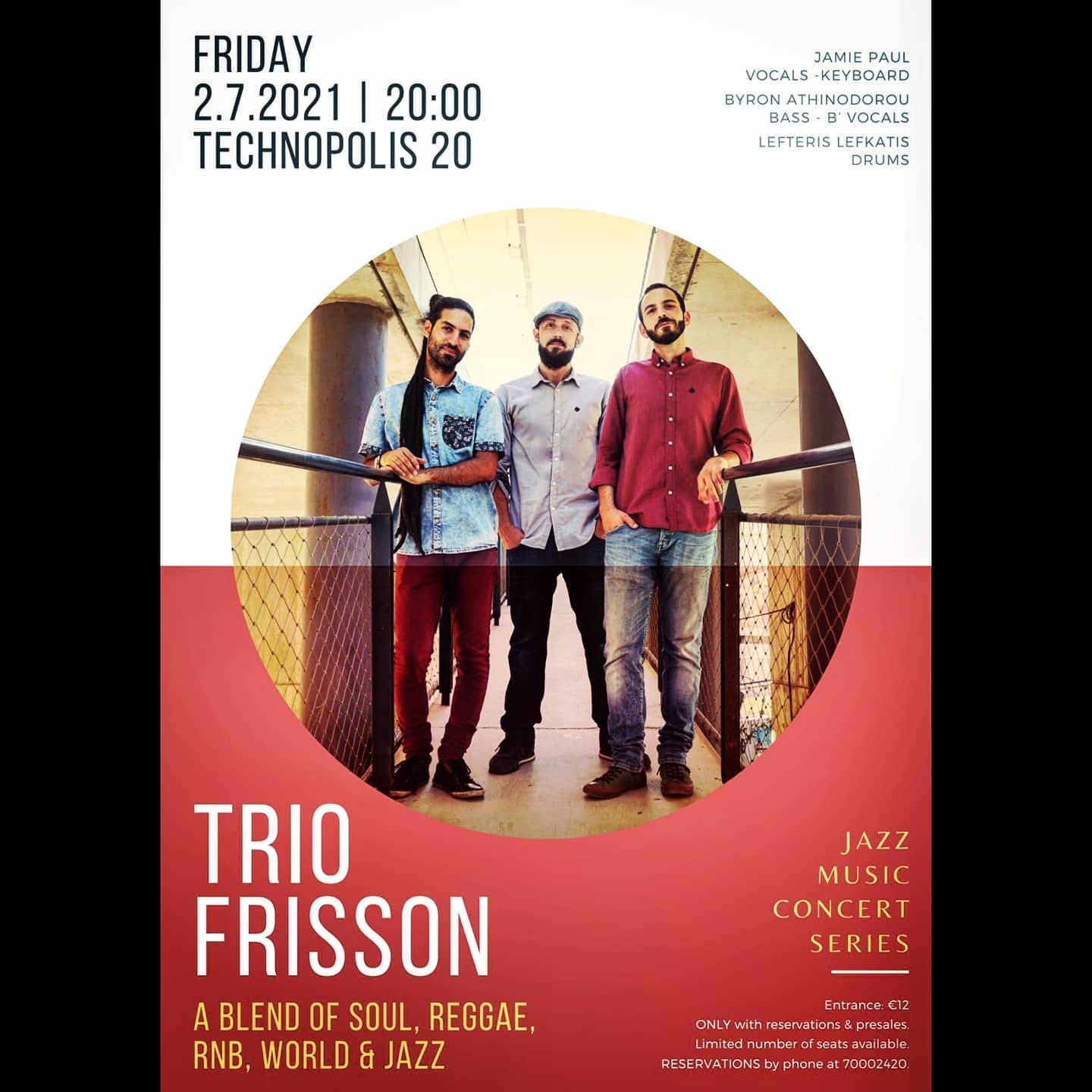 Jamie Paul (vocals & keyboard): Jamie Paul is the songwriter of Trio Frisson and his diverse influence and vast experience can be heard in the depth of the material he creates. His experience as a lyricist can also be found in his original songs, which employ complex rhyming patterns, metaphor, philosophy and above all poetry. Since the age of 12, Jamie has been taking his own compositions to the stage. Working with Jazz ensembles and bands throughout his teenage years in his hometown of Sheffield, Jamie by a young age had built up a varied experience in recording, writing and performing original music. His more recent work demonstrates his diverse abilities – he has written and scored big band arrangements for the live tours of X-factor (Greece) and Greek Idol winners, featured as guest vocalist on the album ‘Music of the Multiverse’ by UK based producer Huw (Rope-a-Dope Records) – and of course, has been the songwriting force behind the music of Trio Frisson, who have been showcasing their sound at major festivals, events and on a number of TV specials here in Cyprus.

Byron Athinodorou (bass): Byron Athinodorou’s interest in music and mainly classical guitar and bass started in his early childhood. His passion led him to Greece to study Music Composition at the Ionian University in Corfu, under Joseph Papadatos. After acquiring his BA degree, Byron pursued an MA degree on this subject at the University of York, UK, under Roger Marsh. For his degrees he was awarded scholarships from both Cyprus and Greece State Scholarship Foundation. Later on, he continued his postgraduate studies on Classical Guitar at the University of Nicosia, Cyprus with a scholarship from the university. Byron had also master classes with Leo Brouwer (Composer, Guitarist), Wolfgang Jungwirth (Guitarist), Damian Erskine (Bassist), Yiotis Kiourtsoglou (Bassist) and others. Throughout his career, Byron collaborated and played with well renowned musicians and artists. Most notable are Stavros Xarhakos, Eleonora Zouganeli, Miltos Paschalides, Mario Frangoulis, Alkistis Protopsalti, Pantelis Thalassinos, Antonis Mintzelos, XXI Century Tenors and Eleftheria Arvanitaki. He also performed in various festivals such as Afro Banana Republic, Fengaros, Kypria, Arion (Lesvos) and Solarino (Italy) International Guitar Festivals. He participated in festivals and events in the UK, Poland, Turkey, Czech Republic, Hungary and Belgium.As a professional musician, Byron has recorded for various music productions. Most notable is his collaboration with the two Grammy Awards holder, producer Liam Nolan at Metropolis Studios in London, for the production of Michael Koullas EP Album. He is currently living in his hometown Limassol, Cyprus, teaching and at the same time collaborating with various artists in Cyprus and abroad. Byron is in the bands Trio Frisson, Waterblack and Delirium Elephants, with whom have obtained a MAD Award.

By Lisa Liberti
Previous articlePresident Anastasiades urges citizens to get vaccinated, incentives are being examined
Next articleHopes fade for scores missing under Florida condo rubble as search enters sixth day