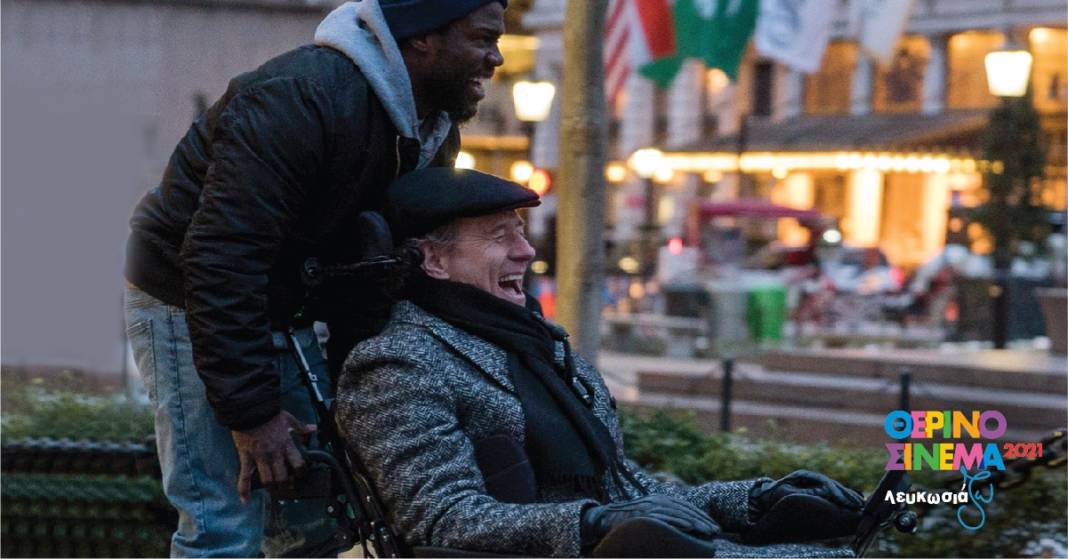 THE UPSIDE is director Neil Burger’s heartfelt comedy about a recently paroled ex-convict (Kevin Hart) who strikes up an unlikely friendship with a paralyzed billionaire (Bryan Cranston).

The Upside is a 2017 American comedy-drama film directed by Neil Burger, written by Jon Hartmere. It is a remake of the French 2011 film The Intouchables, which was itself inspired by the lives of Abdel Sallou and Philippe Pozzo di Borgo. The film follows a paralyzed billionaire (Bryan Cranston) who strikes up an unlikely friendship with a recently paroled convict (Kevin Hart) whom he hires to take care of him.

It is the third remake of The Intouchables after the Telugu (and Tamil) film Oopiri (with the Tamil version titled “Thozha”), and the Argentinian film Inseparables (2016).

An English-language remake was first announced in July 2011. Numerous actors were rumored to star, including Chris Rock, Idris Elba, Colin Firth and Jessica Chastain, and different directors, including Paul Feig and Simon Curtis, were attached to direct. Hart officially signed on in October 2014, Cranston in March 2016, and Burger to direct that August. Filming began in Philadelphia in January 2017.

The film premiered at the 2017 Toronto International Film Festival. Originally to be distributed by The Weinstein Company in March 2018, the film was shelved and sold off following the Harvey Weinstein sexual abuse allegations. It was eventually bought by STX Entertainment and Lantern Entertainment (the successor of TWC), who then released it in the United States on January 11, 2019, becoming Lantern’s first release. The Upside grossed $122 million worldwide and received mixed reviews from critics, who praised Hart and Cranston’s chemistry and performances but criticized the plot for being “predictable and cliché”

When Wednesday, August 25 at 9pm
Duration: 126′
Where Amphitheatre of Eleftherias Square, Nicosia

“The Wasteland”: free movie screening at the Skala Theatre on January 31