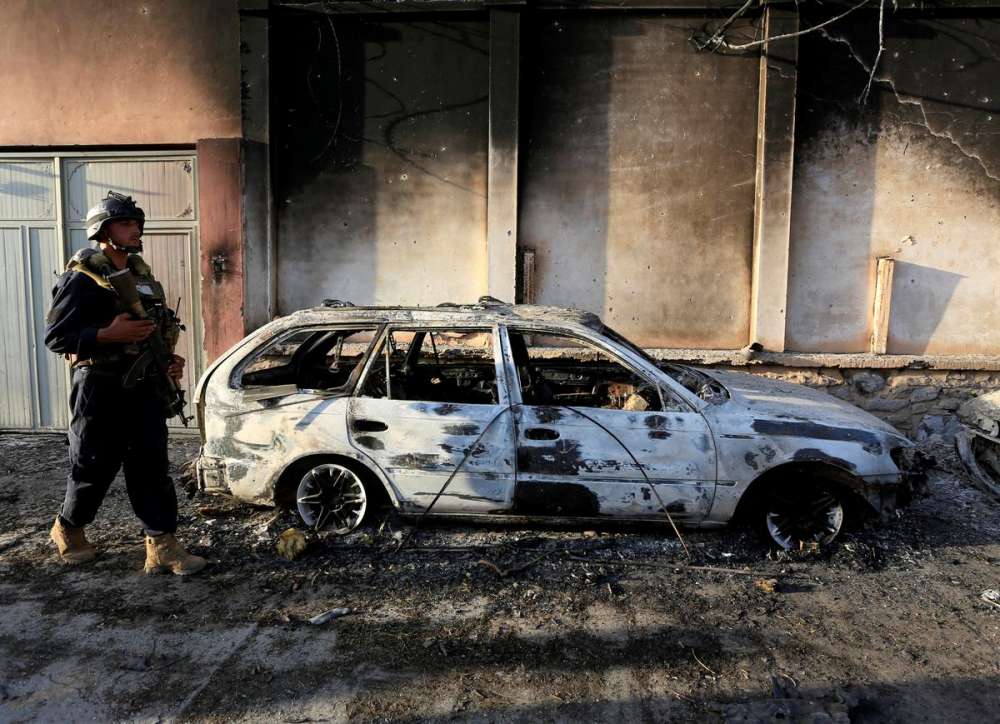 Gunmen and at least one suicide bomber attacked a government building in eastern Afghanistan on Wednesday, wounding nine people including a child and a woman, officials said.

Attackers detonated explosives outside the building, used for the distribution of electronic identity cards, in the city of Jalalabad in eastern Nangarhar province, said the provincial governor’s spokesman and a provincial council member.

Gunmen then poured into the building and fighting is ongoing, they said.