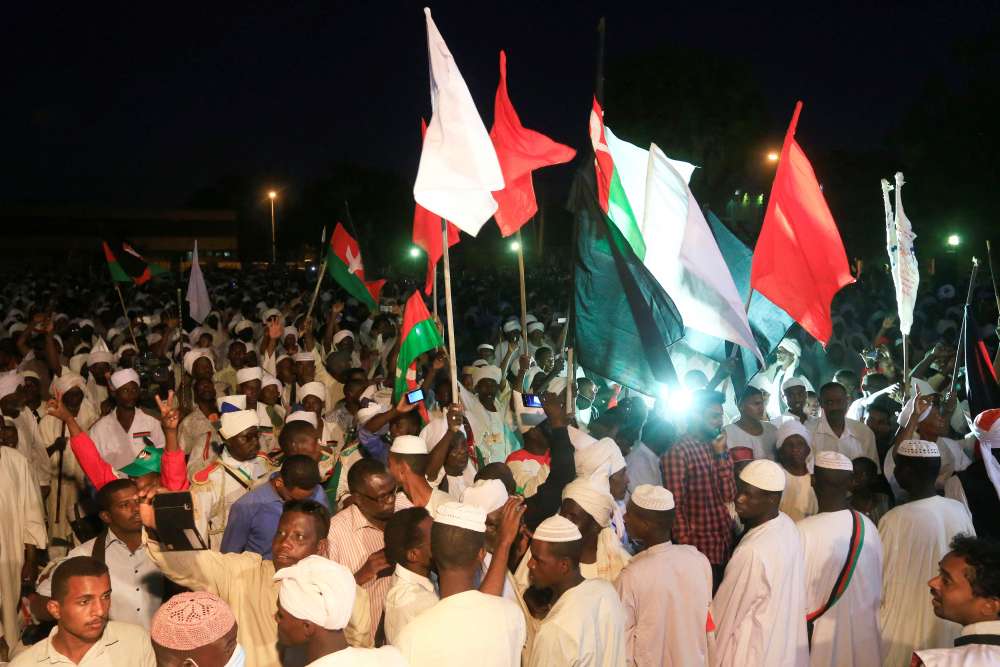 Sudanese police used tear gas to disperse soccer fans who tried to stage a protest as soon as they exited a match in the capital Khartoum on Monday, the sixth day of anti-government protests in which at least 12 people have been killed.

Security in the capital had been fortified ahead of the planned protest. Car and pedestrian traffic in the city were reduced on Monday.

The demonstrations are the biggest in several years against Bashir’s 29-year rule, with protesters enraged over price rises, shortages of basic goods and a cash crisis. Protests on Sunday also followed a football match.

The official Sudan News Agency (SUNA) said Bashir had met security aides on Monday. It quoted him as saying the state was “continuing with economic reforms that provide citizens with a decent life”.

Demonstrators have repeatedly targeted the offices of Bashir’s party and called for him to step down.

Government officials have blamed the unrest on “infiltrators”. Officials and witnesses have recorded at least 12 deaths, though exact casualty figures are hard to ascertain.

Monday saw mostly smaller protests, including two in Jazeera state, where Bashir was due to visit on Tuesday for a trip shortened from three days to one.

He will travel to the state’s north to open a hospital, avoiding a visit to its capital Madani which was one of the central locations of unrest during a wave of similar protests in September 2013, when scores of people were killed in the city.

Security forces in Sudan‘s Sennar state arrested 25 people who were part of two cells, SUNA said on Monday. It said they were “working to incite sabotage” and “were planning to burn the Sennar municipal building and a number of governmental and private institutions.”

Police reports were also filed against suspects for “crimes of sabotage” in al-Qadarif state, private TV channel Sudania 24 said on Monday. Officials told the same channel on Friday that six people died there, without giving details on how they were killed. Authorities had arrested 14 leaders of an opposition coalition on Saturday.

Eight unofficial unions of professionals planned a protest on Tuesday in central Khartoum less than 1 km from the presidential palace. Organisers said they plan to march to the palace and hand the presidency a memo calling for Bashir to step down immediately.

One of Sudan‘s top opposition parties, Umma, backed the plans. Its leader Sadiq al-Mahdi, Sudan‘s last democratically elected prime minister until he was overthrown by Bashir in a coup in 1989, returned to Sudan on Wednesday and addressed thousands of supporters, calling for a democratic transition.

Since the demonstrations started spreading on Wednesday, police have dispersed protesters with tear gas as well as using live ammunition in some cases, residents say. Authorities have shuttered schools and declared states of emergency and curfews in several states.