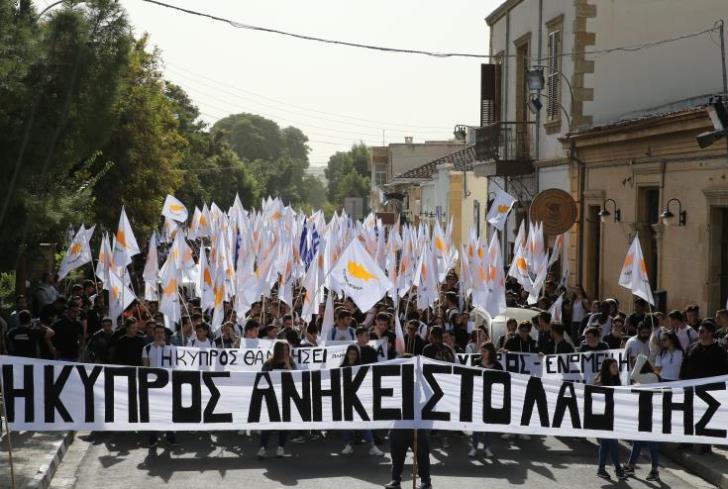 Students are expected to organise protests in all cities to protest the 35th anniversary of independence of the ‘Turkish Republic of Northern Cyprus.’

Protests will take place under the umbrella of the Pancyprian Coordinating Students Committee (PSEM) and the Pancyprian Federation of Student Unions (Pofen), starting at 10.30am with a march in Nicosia starting from Famagusta Gate that will finish at the Ayios Kassianos checkpoint.

In Limassol, demonstrations will be held at the old hospital at 10.30am, followed by an event at Gregoris Afxentiou square.

In Larnaca the protests will start at 11am in Foinikoudes area. In Paphos at 11am at the Archbishop Makarios monument and in Famagusta at 11am at Frenaros amphitheatre.

On 15 November 1983, nine years after it had invaded Cyprus, Turkey endorsed the ‘unilateral declaration of independence’ of the occupied north areas of the island.

The United Nations Security Council with Resolutions 541 and 550 call upon all States to respect the sovereignty, independence, territorial integrity, unity and non-alignment of the Republic of Cyprus. They also describe the UDI as ‘legally void’.

By In Cyprus
Previous articleNursery refused to register child with Down Syndrome
Next articleFM points out strengthening of security dimension between Cyprus and the U.S.