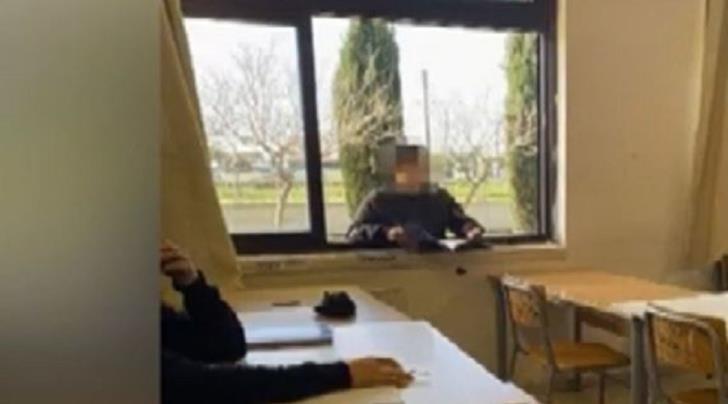 A photo circulating in social media presents a student of a Lyceum in Larnaca attending classes from the window. The student was not allowed to enter the building since he had not brought a rapid test.

Speaking to Omega TV, the student said that he had to leave the premises as the headmistress had warned him that she was going to call the Police. The regional inspector called his father urging him to re-think the issue of rapid test.

As the student said, he is against the obligatory mode of the measure imposed by the Ministries. Also he said that according to what he has been taught in Biology it is dangerous to get the batonette in the nose.

Concluding he said that the school does not have the proper technical support for eLearning.