Struggling with influx, Greece gets tough with asylum seekers (Reuters) 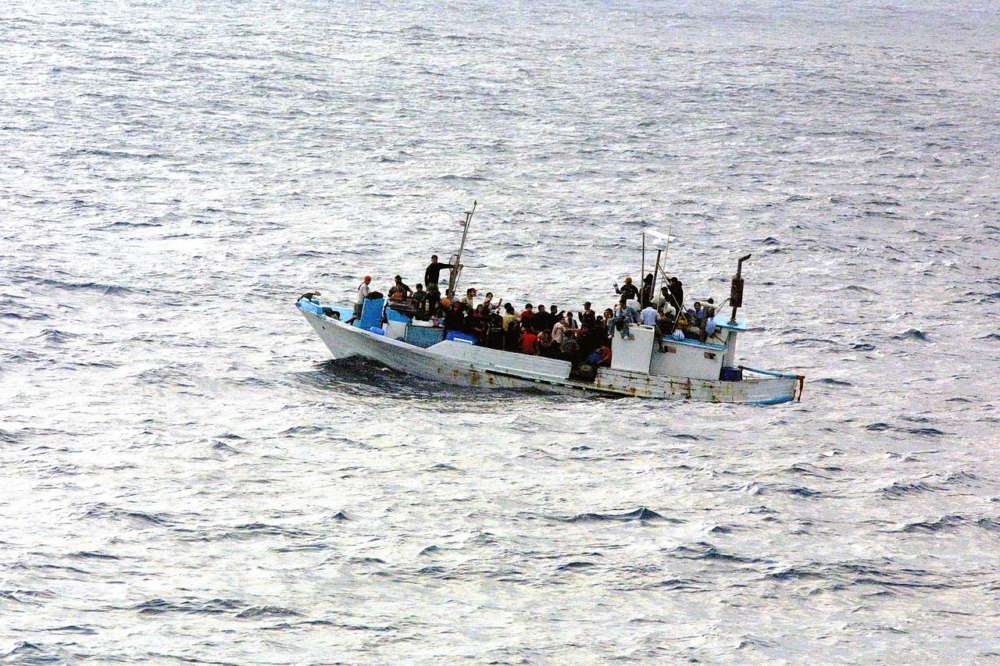 Greece will shut overcrowded refugee camps on its outlying islands and replace them with more restrictive holding centres, in a marked hardening of the stance towards asylum seekers from the country on the frontline of Europe’s migration crisis.

The new conservative government, which defeated the leftist Syriza in a July election, said on Wednesday it would tighten controls at Greece’s borders and clear bottlenecks in asylum vetting procedures that have left thousands of people fleeing conflict in limbo.

Living conditions for about 37,000 people in camps, known as “hotspots” on five Aegean islands have been decried by aid groups as appalling. The country is currently struggling with a resurgence in migrant and refugee arrivals.

Government spokesman Stelios Petsas said authorities would create “closed pre-departure centres”, which would make it easier to control the movements of asylum seekers and prevent them from slipping across to the mainland undetected.

“A clear message should be sent to those planning, or thinking of coming to the country illegally when they aren’t entitled to asylum,” he said.

“They should realise … if they give money to a trafficker to bring them to Greece they will lose it.”

The numbers of refugees and migrants arriving in Greece this year have been the highest since 2015-2016 when more than a million people fleeing conflict arrived in Europe.

The centres that will close include the notorious Moria camp on the island of Lesbos. Created to accommodate 3,000 people, more than 15,000 people are crammed into the facility. It will be replaced with a closed facility that will process new arrivals and people whose asylum applications were rejected.

Deputy Defence Minister Alkiviadis Stefanis said the facilities would be ready by July 2020. He said authorities want to move up to 20,000 people to the mainland by the end of the year and create a single agency tasked with border protection.

Referring to pending asylum requests, Stefanis said: “The numbers are huge which is why we introduced a law which from Jan. 1 will speed up the process.”

Aid agencies have expressed misgivings about the new framework.