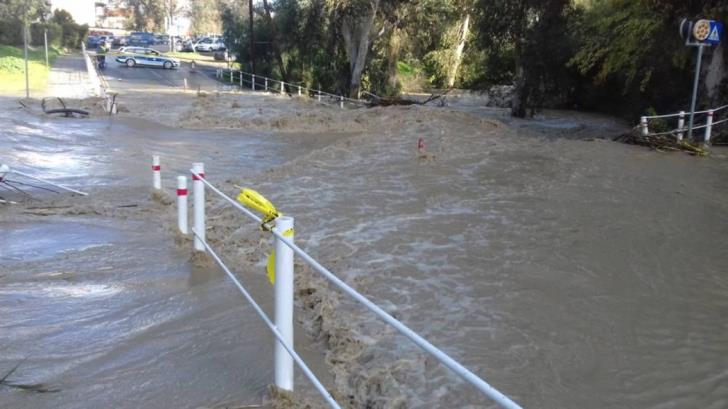 Delays in anti-flooding work in areas of the Pedieos River are the responsibility of the town planning authority, Strovolos Mayor Andreas Papacharalambous indicated on Monday.

His comments came a day after a bridge on Alexandroupoleos street behind Strovolos Municipality was closed after flooding  following heavy rain.

The mayor acknowledged that closing the road every time there is a downpour is not a solution, but said that the municipal council had made anti-flooding a priority. Provision has been made in the budget to build a new bridge over the Pedios near the town hall but as the project is a ‘town planning’ one, the designs have to be prepared by the government departments, he told Radio Active.

“Responsibility for the preparation of the design rests with the public works,” he said. The municipality has all but completed its network of anti-flooding work although the three or four points still pending are a cause of inconvenience, he added.