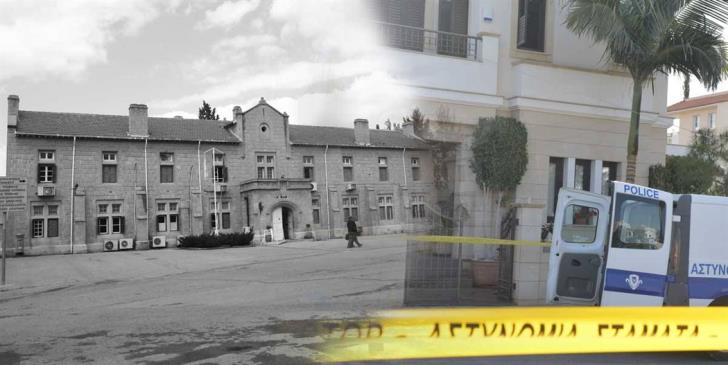 The arrest of the 33-year- old man in connection with Stovolos’ double murder and his transfer before Nicosia District Court on Wednesday, 26th of April, has caused a whole overturning of the rumours arose the last few days. An 8-day arrest warrant has been issued for the 33-year-old, due to facilitate the investigation procedure. The suspect has been sought by the Police on a warrant in Ayia Napa and he is currently willing to appear and testify in court.

The alleged suspect, who according to Police sources is known to authorities, faces the accusation of murder charges and charges of conspiracy to commit a crime, while he is also accused of robbery, kidnapping, burglary, and abduction-amongst others. At this point, it has to be noted that the suspect did not raise any objections regarding his arrest.

What we know so far in relation to the double murder case:

-The 15-year-old son of the couple fled to a neighbour house to seek help, telling his neighbours that that two strangers had entered the house and murdered his parents, while he was locked in the basement, from where managed to escape. Also, the 15-year-old said that one of the two strangers woke him up, and after telling him that he killed his parents in cold blood, asked the boy to show him where did his parents keep their money. Then, the man locked the 15-year-old in the basement. Finally, the boy managed to escape by removing leaflets from the aluminium door and wounding his own hands. Then, he ran to a neighbour house for help.

– The first offender, who did not wear a hood, was described by the 15-year-old to be slim and approximately at 1.70cm, with dark features and a beard.

-A forensic medical examination has indicated that the boy suffered from several injuries on his body.

-During the investigation procedures, police officers identified two specific items that did not seem to belong to any member of the family, a fact confirmed by the son of the family. Also, a sliding kitchen window was found open. According to police official sources, on the evening of the 18th of April, the 33-year-old suspect was observed moving suspiciously in the residential area, holding two objects similar to those found on the crime scene. However, the Police did not find evidence related to the double murder while conducting a search at suspect’s house.

-The wallet of the 60-year-old victim was missing from the crime scene, as well as his credit cards and his ID.

-The first post-mortem indicated that the 60-year-old man had suffered 26 knife wounds, while his 59-year-old wife had suffered 9 wounds. The findings had been verified by a second post-mortem examination, attended by the coroner Marios Matsakis, who has been engaged in Strovolos’murder case on behalf of the couple’s relatives.

-The suspect, while questioned by the officers in relation to the case, revealed

that he was fully aware of what happened on the night of the double murder. According to the 33-year-old man’s testimony, the murder has been plotted the last five years. Additionally, he allegedly said to a member of his family that he would become rich in due time, police said. Police are now conducting further investigations in order to find the second person who apparently is related to the double murder case.

– The Police said that the testimony given by the witnesses are more than 111, while other 90 are still pending from the suspect’s relatives and friends. The Police is currently carrying out investigations in order to identify the stolen items, the murder weapon, the suspect’s clothes, as well as the second related person.

By In Cyprus
Previous articleGreece will keep its cool to ‘dangerous’ Turkish provocations, PM says
Next articleToy Box