Strong reactions by the fishing of a shark in Larnaca 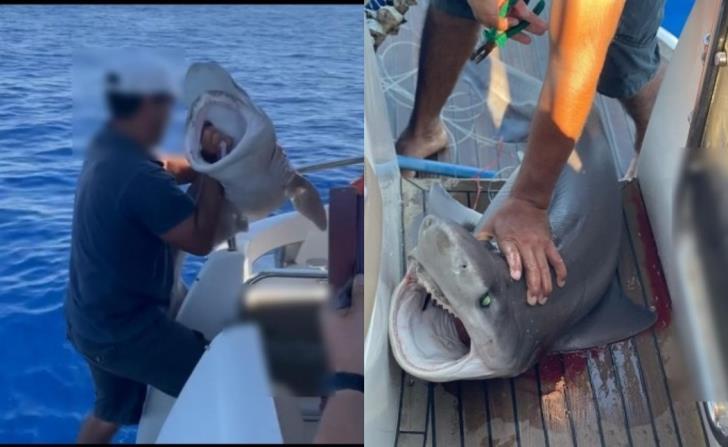 The posting of a video on social media, recording the fishing of a shark in the sea area of Larnaca caused strong reactions. The non-governmental organization Enalia Physis Environmental Research Center contemned the incident on Facebook, releasing relevant photos and a video.

Furthermore, the Ecologists Movement also expressed its displeasure with the incident in Larnaca with a tourist boat and people maltreating a shark in order to photograph it for social media. Member of the Ecologists Fryni Onoufriou said the shark suffered by the ongoing staying out of water but also by the way it was fished. The Ecologists asked the relevant authorities to investigate the serious issue since the normal practices of proper management and liberating the shark were not implemented.