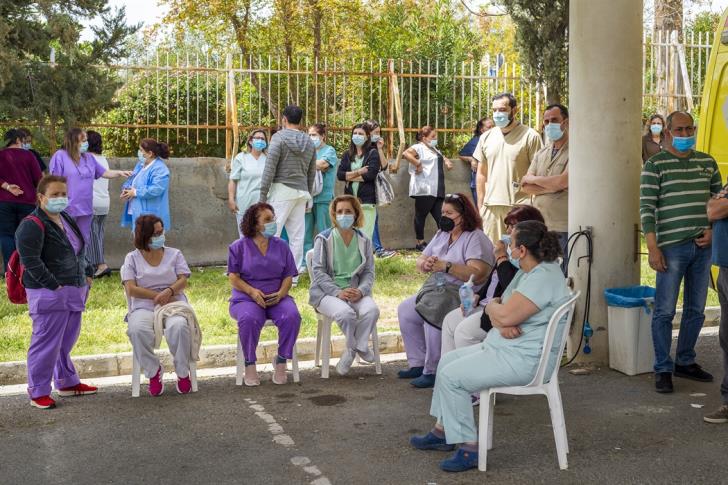 A two-hour work stoppage on Wednesday by some 2,000 state health services hourly paid staff appears to be the beginning of a long struggle between Cyprus’ health professionals and the organisation.

And despite the covid-19 pandemic neither side is willing to take a step back from the confrontation which is jeopardising the island’s health system, Philenews reports.

In fact, public hospital staff have warned OKYPY and the Health Ministry of imminent strike action if their long-standing demands are not met.

The ultimatum was sent on Tuesday by the unions of state doctors, paramedical staff and auxiliary hospital employees who argued that the alarming state of play at hospitals is the outcome of mismanagement.

And because of the lack of a strategic plan and prioritization by the Organisation’s board of directors.

The unions also called on both the Minister of Health and the Board of Directors of OKYPY to undertake their responsibilities and convene a meeting with them within the next 10 days.