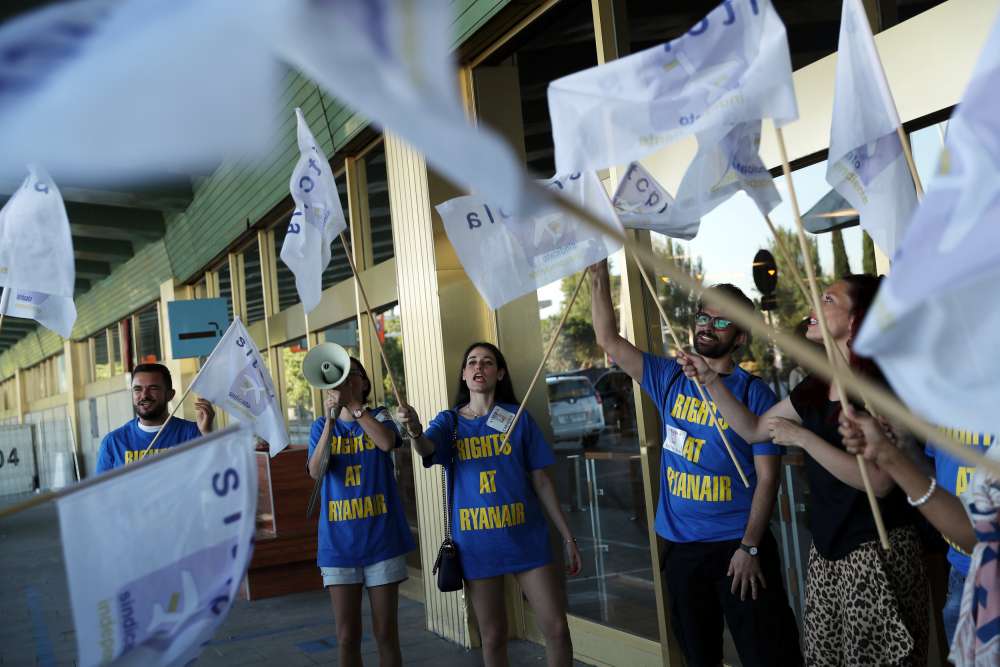 Irish airline Ryanair has told over 300 over pilots and cabin crew that they may lose their jobs as it cuts its Dublin-based fleet by 20 percent for the winter season after recent strikes hurt forward bookings.

The low cost carrier, Europe’s largest by passenger numbers, is in the middle of its worst week of stoppages in more than three decades of flying as it struggles in talks with trade unions whom it has decided to recognise for the first time.

Cabin crew in Italy, Spain, Portugal and Belgium went on strike on Wednesday and around a quarter of Ryanair’s Dublin-based pilots carried out their third 24-hour stoppage in the space of two weeks on Tuesday.

Ryanair said it expected few route closures from Dublin as a result of reducing the fleet in its home base to 24 from 30, but that some routes may suffer frequency reductions as it moves the aircraft to its Polish airline, Ryanair Sun, which it said was enjoying rapid growth.

It will begin redundancy consultations with over 100 Dublin pilots and more than 200 cabin crew who were issued with 90-day protective notice. Transfers to Poland will be offered in order to minimise any redundancies, Ryanair added.

“If our reputation for reliability or forward bookings is affected, then base and potential job cuts such as these at Dublin are a deeply regretted consequence,” Ryanair Chief Operating Officer Peter Bellew said in a statement