Streets with highest rents in Cyprus 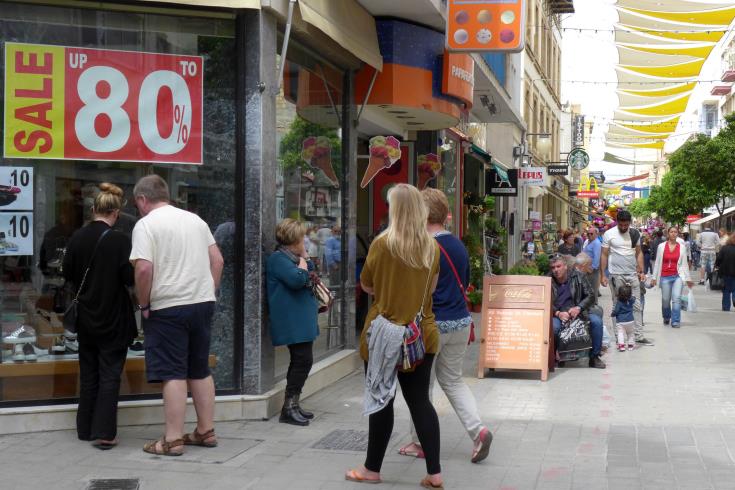 Nicosia’s Ledra Street, Stasikratous Street and Makarios Avenue and Limassol’s Anexartisias Street have the costliest rents for shops in Cyprus, according to a recently-released survey carried out by Danos & Associates.

Covering the first six months of 2019, the survey also shows that rents there have actually doubled within four years. And that Ledra Street is the most expensive of all with the rent for a 50 square metre shop today going for €3,500, compared to €1,750 in 2015 — an increase of 100%.

Rents on Ledra Street range from €20 to €70 per square metre a month while on Anexartisias Street, these are between €20 and €60 per metre a month.

Up until a few years ago, the island’s costliest street in shop rents was Nicosia’s Makarios Avenue but this has changed. Rents now are between €10 to €60 per square metre and between €15 to €40 on Stasikratous Street. In other words, the rent for a 50 sq.m. shop is now €2,000 compared to € 1,250 five years ago.

The island’s shops are concentrated in its four main cities – Nicosia, Limassol, Larnaca and Paphos, the survey also shows. And that occupancy in the main commercial arteries of major cities increased during the first half of 2019. In addition, shopping centres and department stores continue to be very attractive to consumers who now seem to prefer more comfortable shopping conditions. Plus they like to  combine shopping with food and entertainment.

That’s why shopping centres which provide easy parking and access to air-conditioned areas, thus, combining shopping, entertainment and food under one roof, are popular with consumers of all ages. Anticipation is also high for outlet villages such as Neo Plaza as well, according to the survey.

At the same time, the sale of offices in Cyprus is on the rise with demand for Grade A working space growing significantly over the first nine months of 2019, compared to the last half of 2018.