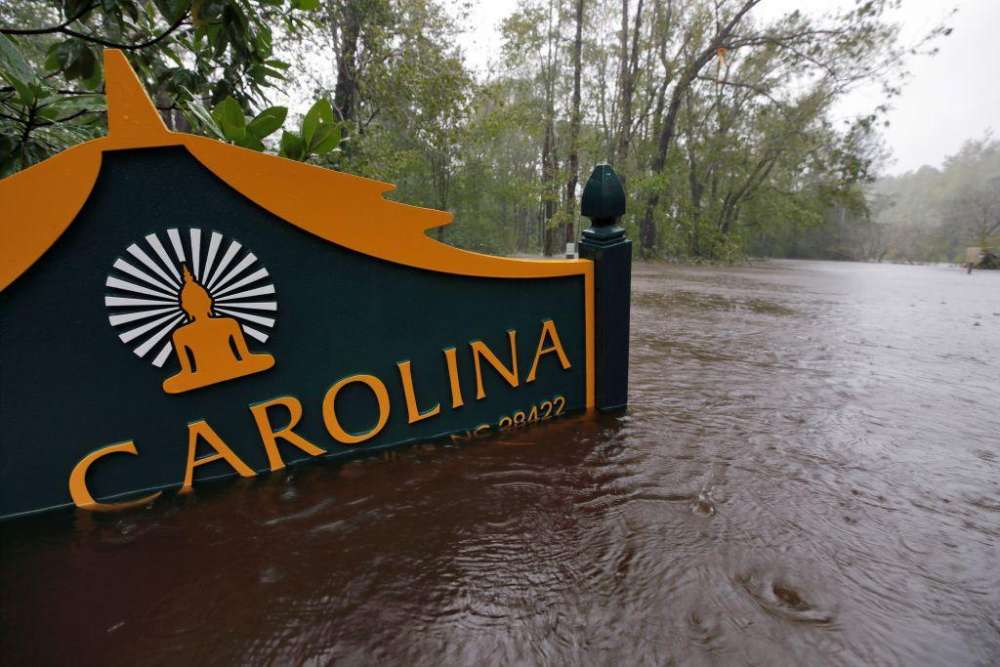 Storm Florence weakened on Sunday but dozens of communities are devastated and ‘epic’ amounts of rain could still fall, according to local officials.

The storm was downgraded to a Tropical Depression about 5 a.m. as it trudged inland early Sunday, knocking out power and causing at least eight deaths as flood waters kept rising.