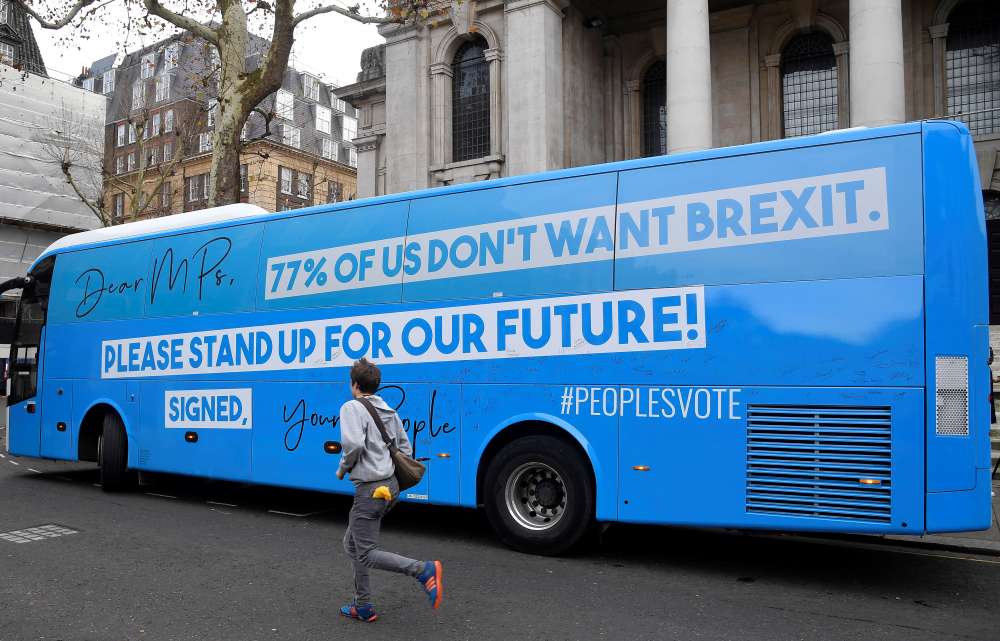 Stopping Britain’s exit from the European Union would leave the country fractured even though this would be the best outcome for the economy, the finance minister Philip Hammond said.

“We’ve had a referendum, we’ve made a decision to leave the European union, so that is what we are going to do,” he told Sky News on Wednesday. “If we were to, in some way, renege on that decision we would leave our country fractured.”

Government, Bank of England to spell out no-deal Brexit risks for economy

The British government and the Bank of England are set to step up their warnings on Wednesday of a big hit to the economy from a no-deal Brexit, potentially helping Prime Minister Theresa May tackle deep opposition to her plan.

Barely four months before Britain is due to leave the European Union, May has failed to get much of her own Conservative Party behind the agreement sealed with EU leaders on Sunday, leaving open the possibility of a no-deal Brexit.

BoE Governor Mark Carney and finance minister Philip Hammond have both previously stressed the importance of a transition period, as included in May’s plan, to ease Britain out of its four-decade membership of the EU.

Carney said last week that the impact of leaving the bloc without a transition could be akin to the 1970s oil crisis for the world’s fifth-biggest economy.

But the prospect remains of a disruptive Brexit, given the scale of opposition to May’s plan in parliament where it faces a vote on Dec. 11.

Finance minister Philip Hammond told BBC television on Wednesday that no Brexit option would be as good for the economy as staying in the EU, but May’s plan “delivers an outcome that is very close to the economic benefits of remaining in”.

The Daily Telegraph said Wednesday’s report from the government would show that in a scenario resembling May’s plan, Britain’s economy would be 1-2 percent smaller in 15 years’ time than if the country remained in the EU. But it would be 7.6 percent smaller if there is no deal.

The forecasts are likely to revive the protests from supporters of a more definitive break from the EU who accused the government of trying to scare voters into remaining in the EU ahead of the 2016 Brexit referendum.

“Politically, it looks like a rehash of Project Fear,” Dominic Raab, who resigned as May’s Brexit minister earlier this month, told the Telegraph. “People expect to be inspired, not scared witless into deferring to the government.”

Hammond dismissed the Project Fear accusation. “I am not trying to scare anybody and I reject the term scare-mongering,” he said.

Many voters ignored government warnings of a dire outcome for the economy when they decided to leave the EU in the 2016 referendum and it is not clear that lawmakers will be swayed by forecasts about the effects of a no-deal Brexit.

The government is expected to publish on Wednesday morning its assessment of the impact of different Brexit outcomes including a comparison with remaining in the EU.

Then, at 1630 GMT, the BoE will publish its assessment of the implications for interest rates and its oversight of the banking sector arising from different Brexit scenarios.

Carney and other senior officials at the central bank have warned investors not to count on cuts to borrowing costs in the event of a no-deal shock to the economy, saying it could push up inflation sharply as well as damage growth.

Alongside its Brexit analysis, the BoE will publish its regular Financial Stability Report and results of its 2018 stress tests of banks in Britain.

The Financial Conduct Authority, Britain’s financial markets regulator, will publish its own Brexit impact report at 1030 GMT on Thursday, later than an original plan to publish it on Wednesday.