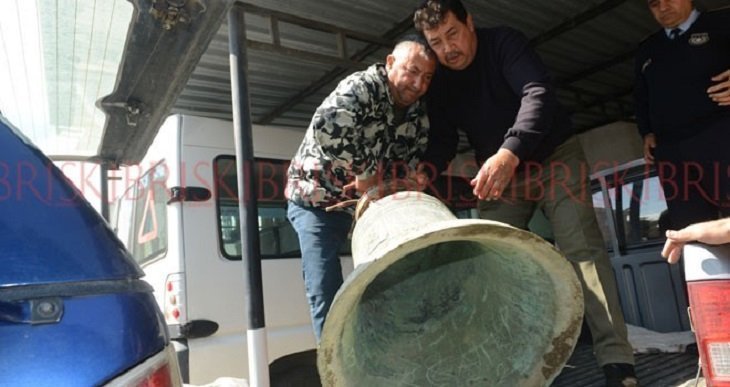 “Authorities” in the occupied north have found a large bell stolen from Ayios Panteleimonas monastery in Myrtou in November 2018, Kibris reported on Tuesday.

According to the paper, the bell was found in a sheep pen in occupied Avlona after a “police” investigation.

Three people were arrested in connection with the theft.

By In Cyprus
Previous articleAsprokremmos dam in 2018 compared to 2019 (pictures+video)
Next articleICR Cyprus Awards construction contract for City of Dreams Mediterranean to Avax – Terna J.V.