Still no deal on top EU jobs despite all-night haggling 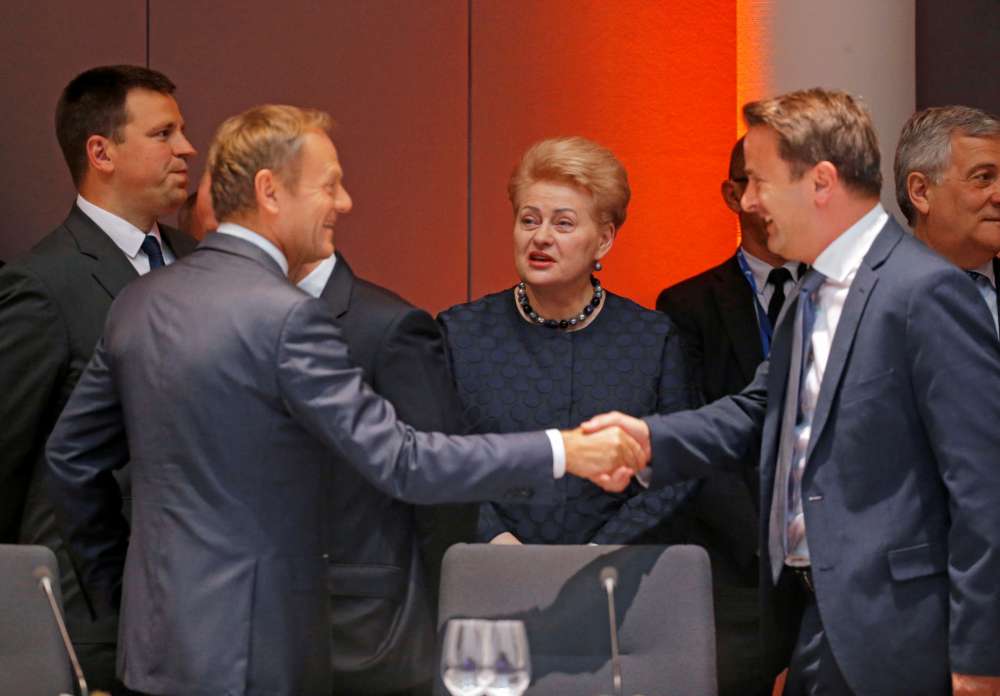 European Union leaders were locked in all-night negotiations over the bloc’s top jobs, but as day broke on Monday there was still no deal on who should lead its executive as political groups jockeyed for influence.

When the leaders of the EU’s 28 member-states gathered for the emergency summit on Sunday, Dutch socialist Frans Timmermans was in pole position to replace Jean-Claude Juncker as the next European Commission president, under a deal hatched on the sidelines of the G20 summit in Japan last week.

However, the plan encountered stiff opposition from eastern European states as well as the centre-right European People’s Party bloc before the summit even got underway, forcing Donald Tusk, the head of the European Council, to spend the night holding bilateral talks in search of a consensus candidate.

None appeared to emerge and by 0500 CET (0300 GMT) Timmermans was once again the favourite as the haggling continued, diplomats said.

Asked if a deal was within reach, Italian Prime Minister Giuseppe Conte told reporters: “It’s very difficult to say. At the moment there doesn’t seem to be an agreement.”

The impasse underlines broader decision-making problems facing the EU, which has struggled to respond to a series of crises in recent years, from migration to climate change and the aftermath of the global financial crisis.

“It’s a bit like Brexit. We know what people don’t want but very few say what they want,” said one European diplomat, comparing the talks to Britain’s as yet unsuccessful attempts to leave the European Union.

The summit is a third attempt to fill five top posts running the European Union for the next five years, forging policy for the world’s biggest free trade area and more than 500 million people.

Other jobs up for grabs include the next president of the European Central Bank, but that decision will almost certainly be postponed as leaders try and break the deadlock of the Commission chief.

The plan to award Timmermans, a 58-year-old former foreign minister who speaks six languages, the Commission presidency was brokered by the leaders of France, Germany, Spain and Holland in Osaka after there was no majority support for the candidate of the EPP.

The EPP is the largest group in the EU parliament though it does not have a majority. As a trade-off, the EPP could be handed the less influential job of European Parliament president. But the plan has met with fierce resistance.

“The vast majority of EPP prime ministers don’t believe that we should give up the presidency quite so easily, without a fight,” Ireland’s centre-right Prime Minister Leo Varadkar told reporters.

The EPP rebellion underlined how weakened German Chancellor Angela Merkel, whose Christian Democrat party belongs to the group, has become as she prepares to handover to her successor.

A second European official described her as being in a “very weak moment”, struggling to control her party and with much scrutiny of her health after suffering two episodes of shaking in public.

To be appointed, the next Commission president needs the support of at least 72% of the 28 member states, who must represent at least 65% of the EU population.

“Still no white smoke,” Dutch liberal EU lawmaker Sophie in’t Veld said on Twitter. “No other major democracy in the world has such a bizarre and arcane method for choosing its political leadership.”

By In Cyprus
Previous articleUnidentified object crashes in occupied north Cyprus, no casualties (photos)
Next articleRentals in Cyprus have good returns