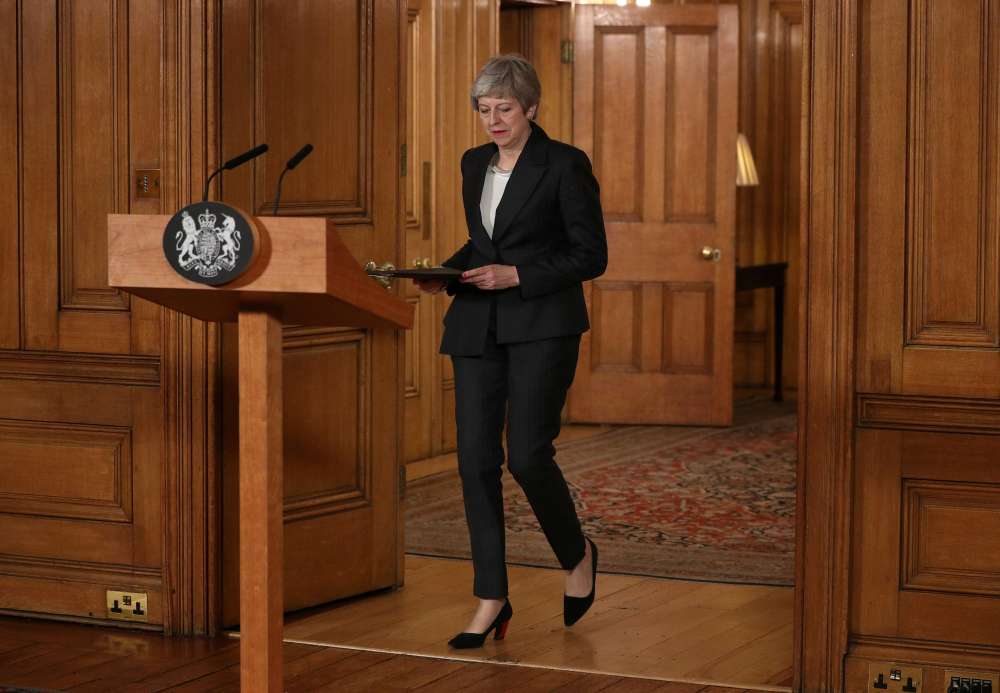 Sterling slid to a two-month low on Tuesday as hopes for a breakthrough in Brexit talks between the ruling and opposition parties faded and British Prime Minister Theresa May faced growing pressure to quit.

Britain’s parliament returned from an Easter recess on Tuesday as the government continued its talks with the opposition Labour party about forging a Brexit agreement that can win the support of lawmakers.

But such talks have made little headway, analysts said, and weekend media reports said the pressure on May to find a solution or name a date for her to step down was growing.

A report in the Financial Times on Tuesday also said that May planned a new vote on her Brexit agreement – which has been defeated three times already – next week in a high-risk push to break the deadlock.

“Everyone has been a bit disillusioned about the chances of a compromise,” said Jane Foley, currencies strategist at Rabobank, adding that the pound could test February lows of $1.2775 as the negative headlines around Brexit mount.

Volatility in sterling has fallen sharply in recent weeks after the European Union and London agreed to delay Britain’s departure date by up to six months, removing any immediate risks of a no-deal Brexit that would have hit the pound hard.

Data showing stronger than expected retail sales in March and a slight slowdown in inflation failed to move the pound much last week, as Brexit continues to dominate trading.

“PM (Theresa) May will again ramp up Brexit negotiations this week as the House of Commons sits again and pound volatility is set to increase,” MUFG analysts said in a note.

Against a euro hit hard by the dollar’s rally, sterling strengthened 0.2 percent to 86.54 pence but remained near a one-week low.

Rabobank’s Foley said that after the market had focused on the outcome of Brexit negotiations for much of this year, the six-month delay had now brought into sharp relief the hit to the economy of prolonged uncertainty.

“With this extension to Halloween, what has become clear is the cost to the economy,” she said.