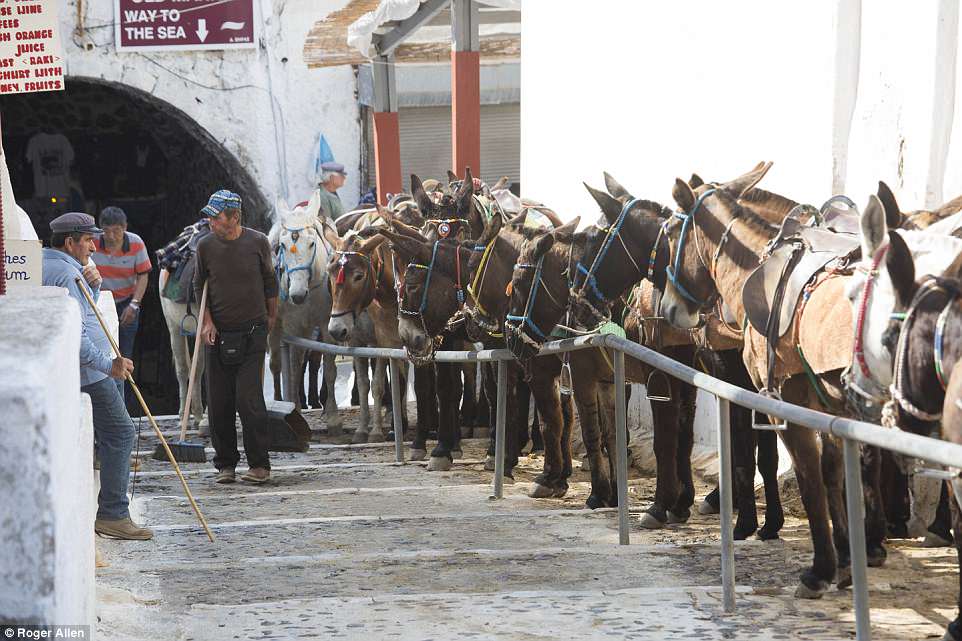 After shocking videos of abuse of donkeys and the ugly incident where muleteers attacked animal rights activists, authorities on the island of Santorini have decided to take measures to protect the animals, the media has reported.

International media reports with headlines such as ‘overweight tourists crippling donkeys in Greece’ and ‘Santorini donkeys crippled by carrying overweight tourists,’ have drawn attention to the issue. Representatives from the UK’s Donkey Sanctuary visited the island  while the Help the Santorini Donkeys group created  a petition advocating the end of animal abuse which collected more than 68,000 signatures.

“These donkeys are forced to stand around in the sun in their own faces at the side of the path and all they do is go up and down, up and down carrying people who are too lazy to just walk or take cable car. In addition, the farmers give them lashings to make them go faster up the path when carrying tourists etc,” the petition reads.

In a statement the Municipality of Santorini said that a meeting was held with representatives of animal welfare societies, animal rights group and animal owners with the aim to ensure “respect for the rights and the well-being of the donkeys.”

The Donkey Sanctuary, which rescues UK donkeys from neglect and abuse to an international animal welfare organization, works with 35 countries worldwide, has 10 sanctuaries around the UK and Europe and cares for more than 6,000 donkeys and mules.

“Poor quality saddles and bridles are often used, and safety guidelines are regularly ignored, placing tourists at risk of injury. Donkeys can be made to travel long distances in harsh climates and tough environments,” the charity explained on its webpage. 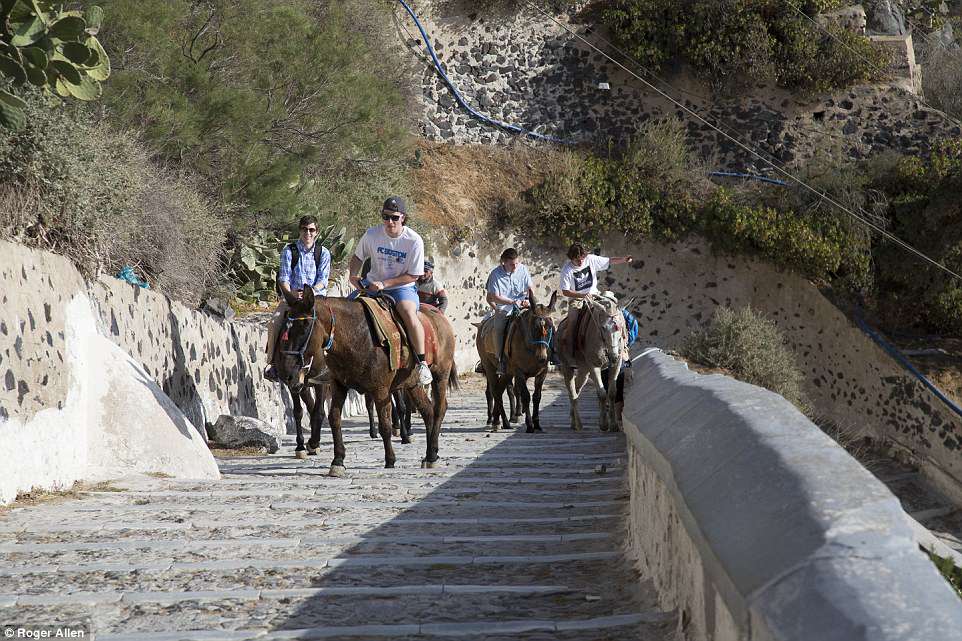 A series of measures to be implemented immediately are:

• Extension of shade possibilities to protect the animals from the heat and the sun
• Adequate shade during the hours waiting for customers and ensuring plenty of food and water.
• Improvement of facilities providing water
• Animal owners agreed that the load donkeys carry is proportionate to their weight, and to limit the working hours.
• Donkeys will be registered and micro-chipped provided funding will be found for this action.
• Owners who mistreat their animals and do not implement the rules will be banned from the local union
• The union representatives committed themselves to discipline owners who violate the rules and ultimately also ban them from the union.
• An important owners’ request was the additional medical support for the donkeys with an ultrasound device. The animal rights activists committed themselves to find funds for it.
• The Municipality committed itself to update the rules statute for the donkeys and mules on Santorini,