Stefanos Ioannou: “NGOs in every country of the EU are fighting for LGBTI rights” 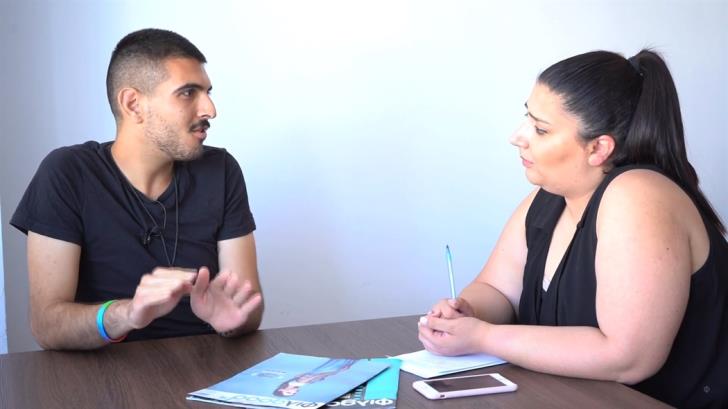 Despite the rise of the far-right in Europe, many countries in the continent have managed to take steps forward regarding LGBTI rights.
In an interview to philenews, Stefanos Ioannou, a University of Cyprus student and president of its LGBT+ society described these steps that have been taken in recent years.
He explained that the “Rainbow Map” published by the organisation ILGA Europe gives a clear picture of LGBTI rights in each European country.
According to Stefanos, it reveals that some countries try to exclude LGBTI people from society. An example is Italy, he says, where the local Family Minister said that a family can only be comprised of a man, a woman and a child.
This excludes many other types of non-conventional families from being recognised by law and enjoy full rights. Stefanos said that NGOs in all European countries are working towards advancing the interests of LGBTI people.
Cyprus has dropped from the 30th to 33rd place in the ILGA rankings as regards the human rights situation of LGBTI people, due to the fact that the state does not institutionally recognise many of their rights. “The drop is due to the fact that the gender recognition bill is still in the works. There are many laws that are not enforced, such as that penalising hate speech against LGBTI people,” Stefanos said.
Nevertheless, Cyprus has progressed on issues of equality in the past years. For example, the Cyprus Family Planning Association, in which Stefanos is a member, is fighting for inclusive sex education in schools.
It is also working under EU-funded projects such as HOMBAT to fight homophobia in schools, he says.
Watch the video to hear Stefanos’ experience in the LGBT+ society of the University of Cyprus and his involvement with equality NGOs.
By In Cyprus
Previous articleFisheries Department: Turtle protection efforts should not be impeded
Next articleKostas Makedonas at Omodos