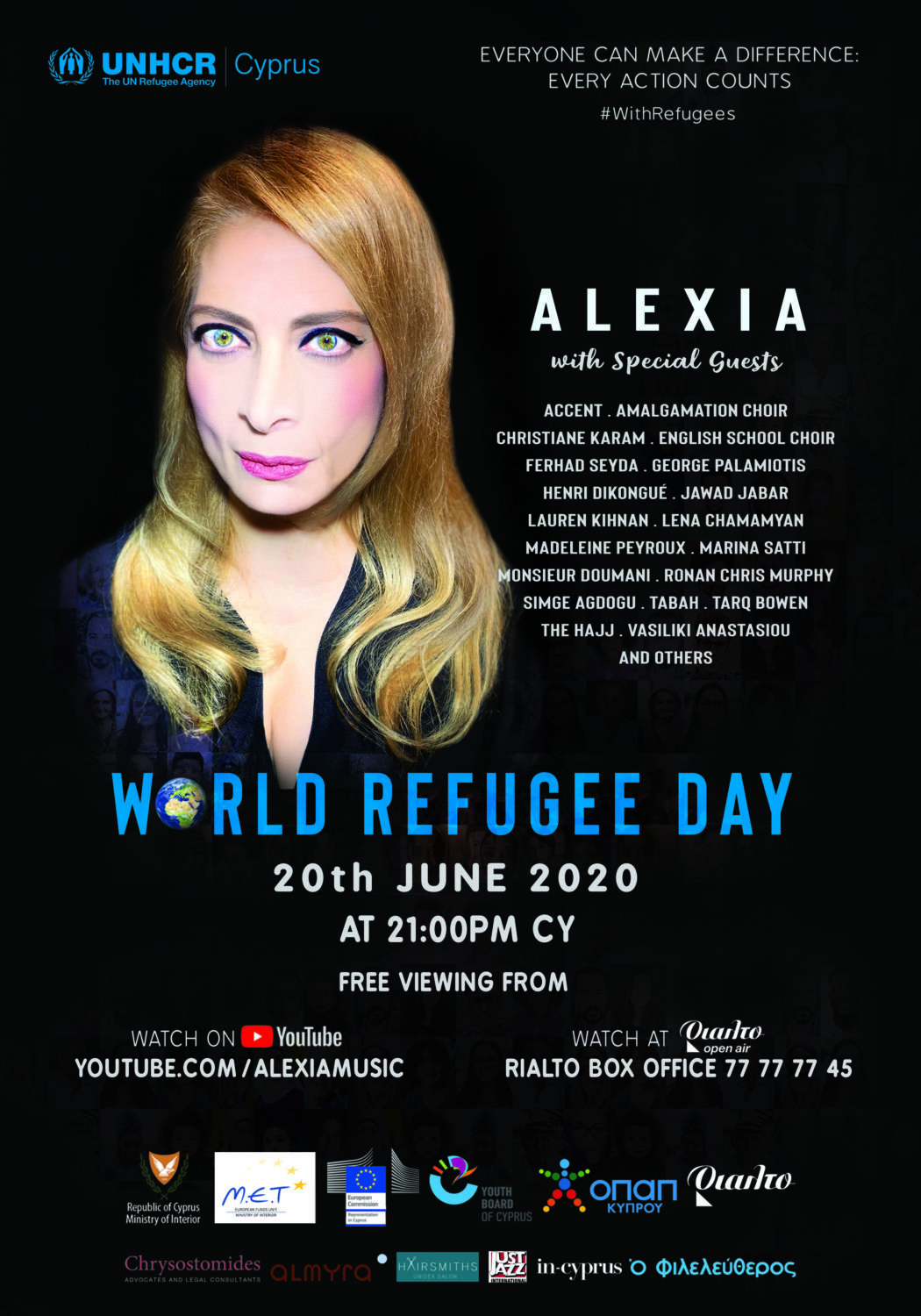 In joining UNHCR’s campaign, titled “Everyone Can Make A Difference, Every Action Counts”, Alexia and artists will remind that everyone, including refugees, can contribute to society; and that Every Action Counts in the effort to create a more just, inclusive, and equal world.

The COVID-19 pandemic and the recent anti-racism protests have shown us how desperately we need to fight for a more inclusive and equal world. A world where no one is left behind. It has never been clearer that all of us have a role to play in order to bring about change. Everyone can make a difference.

The concert will stream at 9:00pm on Alexia’s official Youtube channel www.youtube.com/AlexiaMusic  and will be screened at the Rialto Theatre’s Open Air outdoor cinema events.

In her multicultural humanitarian concert, Alexia has invited refugees and a number of special guest artists from her personal international network, who take a stand with refugees and fundamental human rights, to add their sounds, voices, and messages.

Refugee musicians living in Cyprus for some years, such as Jawad Jabar (Iraq) and Ferhad Seyda (Syria), will also share their talents and skills at the concert. Additionally, young refugees, who took part in Alexia’s outreach music programme, “Re-bE”, will send video messages of poems they have written and songs they would like to be heard.

The concert will be conducted in English and Greek, with songs sung in many languages, including, Cypriot, French, English, Arabic, Armenian, Spanish, Somali, Portuguese, and Greek. It’s a concert for everyone.

Additional information can be found on Alexia’s official Facebook – www.facebook.com/AlexiaVassiliouPage  and on the UNHCR-Cyprus web page www.unhcr.org/cy/

The concert is organized under the auspices of the UNHCR Office in Cyprus.

Co-organized by the Ministry of Interior, European Funds Unit; the Representation of the European Commission in Cyprus; the National Youth Board of Cyprus and Rialto Theatre.