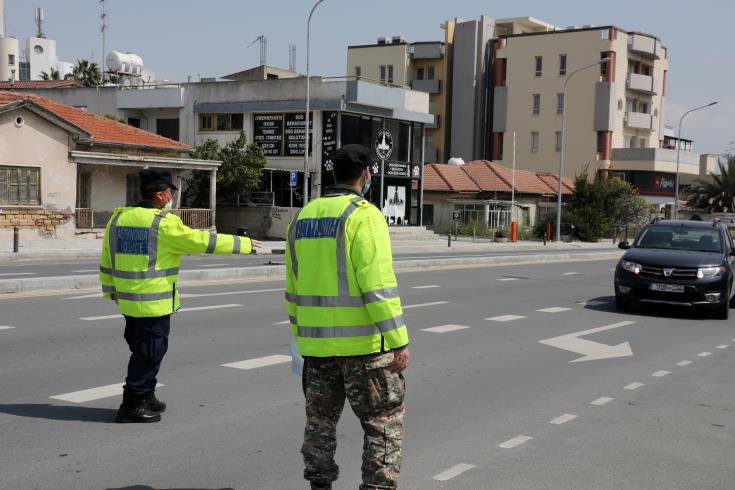 More than 180 people were caught in violation of the stay at home decree overnight, despite the risk of a fine and warnings by authorities that tougher restrictions will be introduced unless the public complies.

In contrast, hundreds of checks of businesses and premises overnight showed compliance.

According to figures published by philenews on Monday, for the period of Sunday 6 pm to Monday 6 am, police carried out more than 2000 checks of pedestrians and cars:

A police spokesman told CyBC radio on Monday morning that there have been cases of families trooping off the supermarket with their children.

“This is not allowed and they will be booked,” he said.

Stay at home decrees means that leaving the house is an exception and police will show enforce the decree, he added.

The spokesman told the Cyprus News Agency that in the 24 hours, the number of violations was 455 — after 10,494 checks.

He added that 5772 premises were checked and one was booked — a coffee shop in the Morphou area.

By In Cyprus
Previous articleFast-track processing of citizenship by investment applications
Next articlePaphos: Court closed after official tests positive for Covid-19