Stamatellos: Possible discovery of life on Mars to revolutionise astrobiology 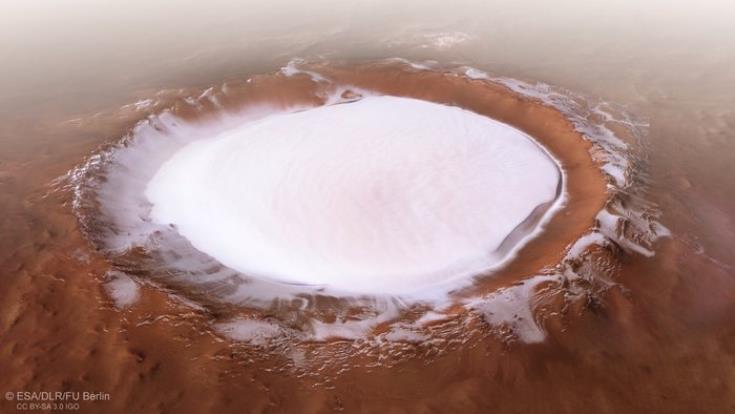 The possible discovery of basic forms of life under the surface of Mars will have a similar effect to that of the discovery of the first planet around another star than our Sun, Dr Dimitris Stamatellos, Associate Professor of Astrophysics at the University of Central Lancashire (UK), told the Cyprus News Agency, adding that this would revolutionise astrobiology.

Dr Stamatellos was invited by CNA to  comment on recent statements made by NASA Chief Scientist Dr James Green to ‘The Telegraph’ that if we find evidence of life on Mars, “this will be revolutionary, it will start a whole new line of thinking”, adding that “I don’t think we’re prepared for the results. We’re not.”

Stamatellos told CNA that even if signatures of life are discovered, these will more likely be micro organisms, like bacteria.

However, he added, even such “modest” findings are likely to have a high impact and possibly revolutionise astrobiology.

“I don’t think that the possible evidence of past or current life on Mars will shock the public like the famous “The war of the worlds” broadcast did a few decades ago, when a reading of the book on the radio led to panic as people actually believed that we were being invaded by Martians”, he said.

He added that “the only example of life that we have so far is on Earth and therefore our ideas of how life develops and evolves are understandably Earth-centred.  Studying the characteristics of life developed in such a different and extreme environment like Mars, will inspire scientists to develop new theories and acquire a better understanding of life”.

He told CNA that “I believe that the possible discovery of basic forms of life under the surface of Mars from the Mars2020 mission will have a similar effect to that of the discovery of the first planet around another star than our Sun”.

He explained that “just 24 years ago we only knew one solar system and we thought that we understood its formation pretty well, but since then the discovery of exoplanetary systems that are very different from our own has challenged our understanding of planet formation and has led to the development of new theories. It is likely that there will be a similar thought and theory provoking effect in the field of astrobiology”.

Moreover, Stamatellos said that “the discovery of any signs of life will be a huge boost for Mars exploration and make us think about developing a base on Mars that might be able to partially sustain itself using the planet’s own resources”.

“We humans by nature like to explore our surroundings and knowing that there is a possible habitable area in our neighbourhood will make us want to go there. I am sure that there will be significant findings both from NASA’s Mars2020 and ESA’s ExoMars missions, which will be launched next July, to keep the public’s interest on the Red Planet high, and open up the road towards a manned mission to Mars in the next couple of decades,”,he concluded.

Meanwhile, in an interview with CNA last year, NASA Chief Scientist Dr James Green said that in our life time we will answer the question if we are alone in the cosmos, noting that the next 30 to 40 years will be very exciting in terms of space exploration.

Green, also said that humanity will soon return to the moon, thus paving the way for the first humans to be sent to Mars by the end of the 2030s.