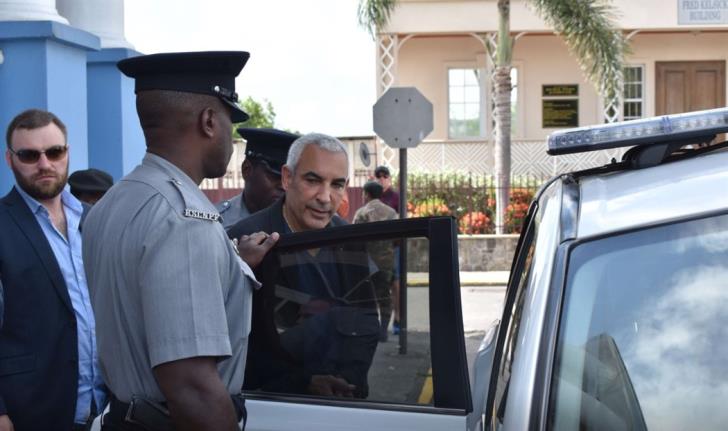 Alki David, a UK billionaire of Greek Cypriot origin, who was arrested in St. Kitts after 5,000 cannabis plants worth more than $1.3 million were discovered on his private jet, has been released on  $300,000 bail after a hearing that took place on Tuesday evening.

He will now have to return to the Caribbean island on September 23 for the trial.

He had earlier in the week arrived in St. Kitts with business partner Chase Ergen and Irish actor Jonathan Rhys Meyers.

The large amount of hemp cloned plants and seeds were seized as evidence, but St Kitts authorities will now have to assume care of the plants until his court date, according to David, by which time it looks likely cannabis will be legal on the island following a recent court decision overturning some of the country’s anti-drug laws.

David and Ergen announced in April that they had formed a consortium aimed at developing the cannabis business in Caribbean nations such as St. Kitts-Nevis, Dominica and Antigua.

A statement from the two men said they were working to make sure the island takes its rightful place as a leader in the world’s fastest growing industry – legal CBD hemp.

Speaking to the DailyMail.com about his planned business, David said: “There are very exciting plans to invest and transform the area with new plantations, I will drive that through in every way I can.

“There has been a lot of crazy and insane drama this week and I now want to move on from these episodes in a spirit of love and harmony.”

Ergen remains in hospital on the island for unspecified reasons, although it is understood he has family locally.

Meyers was held briefly and allowed to depart. He was with his wife and mother-in-law and is understood to be longterm friends with David, but unconnected to the business.

He owns SwissX, a medical marijuana company that produces luxury CBD oils that have been endorsed by Snoop Dog.