Sri Lanka on alert for attacks by militants disguised in uniforms 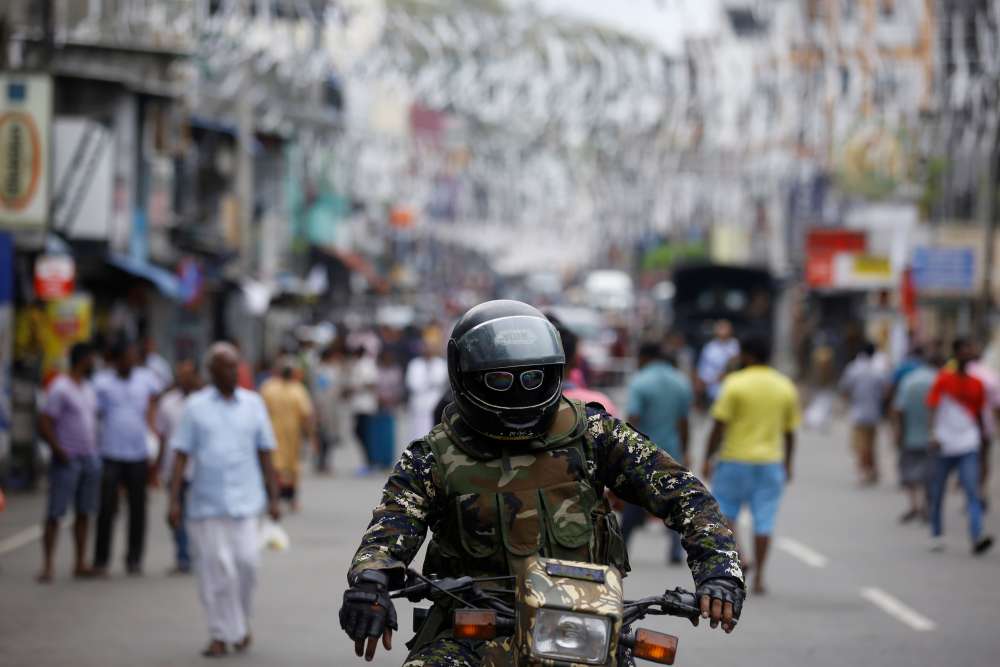 “There could be another wave of attacks,” the head of ministerial security division (MSD), a unit of the police, said in a letter to lawmakers and other security sections, seen by Reuters on Monday.

“The relevant information further notes that persons dressed in military uniforms and using a van could be involved in the attacks,” the letter said.

It said the militants were targeting five locations for attacks on Sunday or Monday.

There were no attacks on Sunday, and security across Sri Lanka has been ramped up, with scores of suspected Islamists arrested since the April 21 attacks on hotels and churches that killed over 250 people, including 40 foreign nationals.

Sri Lanka’s government lifted the curfew on Sunday night for the first time since the bombings, but in the capital Colombo police conducted random body checks and searches.

The letter said one of the fresh targets was in Batticaloa, a city on the East coast where 27 people were killed in a suicide bomb attack on a church. The location of the other targets was not mentioned.

Two cabinet ministers and two opposition lawmakers confirmed to Reuters that they were aware of the latest security alert.

“We have been informed about this by the MSD,” Health Minister Rajitha Senaratne said.

By In Cyprus
Previous articleFine and warm on Monday, dust in the atmosphere
Next articlePolice launch motorbike safety campaign