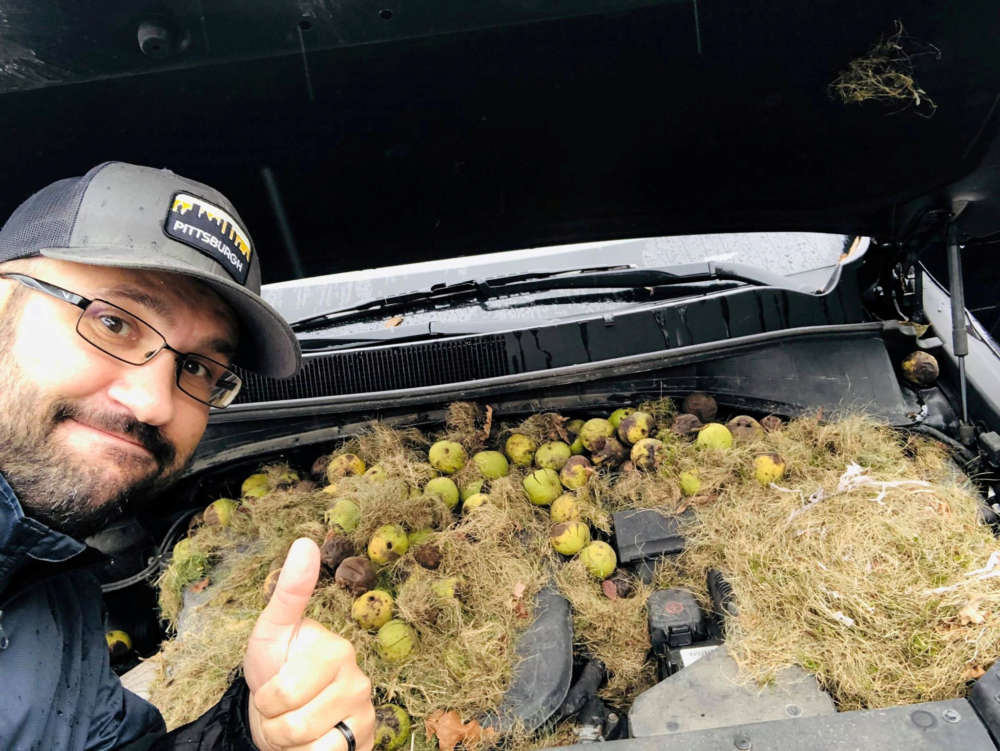 Squirreling away supplies for winter took on a whole new meaning for a couple in the United States, after they discovered a hoodful of walnuts and grass in their car.

Holly Persic was driving to a library in Allegheny County, Pennsylvania, when she noticed the car seemed strange.

“My wife called me from Northland Library and said that her car smelt like it was burning, and was making a weird sound,” Chris Persic said in a Facebook post that has since gone viral.

Holly opened the hood to find an engine full of walnuts neatly packed in grass, presumably stored there by squirrels over the weekend, when the vehicle had been parked in the open.

Chris spent almost an hour cleaning out “over 200 (not an exaggeration) walnuts and grass from under the hood”, he continued in the post.

The couple seemed to take the incident in their stride.