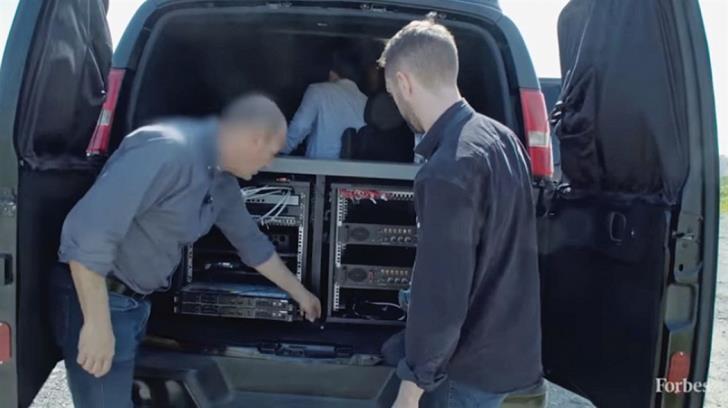 Wispear on Friday hit back at the police after the arrest on Thursday of three Cypriots in connection with a ‘spy van’ case,  branding it a charade and a fishing expedition.

The company’s written announcement came as two men and one woman were due to appear in court in Larnaca to be remanded in custody as part of police investigations.  Police have also issued three more arrest warrants for three Israelis.

“We would like to congratulate the Police for their tireless efforts to win back the society’s approval as well as accommodate AKEL’s needs for their upcoming electoral campaign. Their desperation to find a cause and something to charge someone for has led them to make moves that have only manage to impress the media once again and start a misinformation circus, as they have recently done during the course of this so-called investigation,” Wispear said.

The company noted that police had arrested “the warehouse keeper and a respectable lady who works in another company because she signed a cheque” .

It said police had failed to “inform the public, as any responsible Government Authority would and should do, that an arrest is merely a move to continue their fishing expedition and is not proof, as AKEL is stating, of anyone being right about our company’s activities.  This is one of the many signs that this country operates disregarding the rule of law and how the legal proceedings should be contacted and a Police Force that would arrest innocent Cypriot Citizens they interviewed already, during Christmas holidays as leverage in order to win more favourable publicity by the local media.”

And it added: “Our position has been clear from the beginning of this charade, we have been clear and honest with all relevant Authorities, including the Police, as well as with the public in regards to what we do. We have been featured in Forbes and a numerous amount of media outlets before, during and after this sham started for our products and for our presence in the most notable exhibitions in the field.

“We have endured patiently this past month’s numerous attacks by many incompetent parties that have used our company, our founder, our colleagues and other fellow Israelis as pawns in a political game aiming to create favorable circumstances for Andros Kyprianou. Our patience has run out and we feel obliged no more to be keeping up appearances in this political sham. We will unveil this conspiracy step by step and shine a light on the truth.”