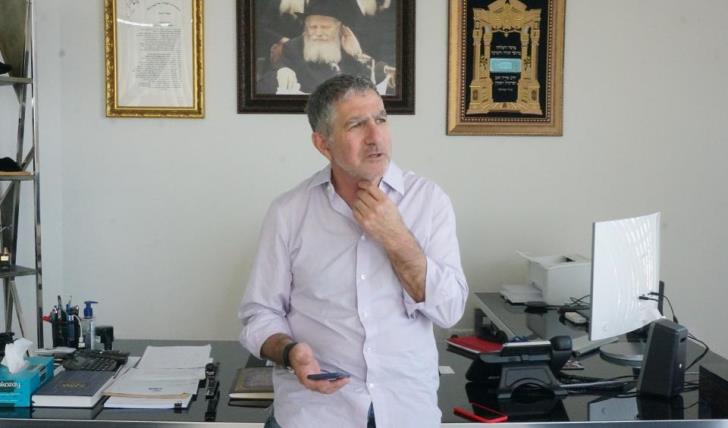 Tal Dillian, CEO of  WS Wispear Systems LTD which owns a ‘spy van’ at the centre of a police investigation has denied any wrongdoing, castigated  law enforcement over their handling of the case and warned he was considering pulling his business operations from Cyprus.

The Israeli national said he was a victim of a witch hunt and said the hostility directed against him and his company aimed at harming Israeli-Cyprus relations.

In a written statement, Dillian said that for more than two weeks WiSpear and his name have been circulated in the news and portrayed as instigators of malicious activities.

“My disappointment goes first and foremost to the Cypriot Police which is either stalling or lacks the necessary technical expertise to understand the essence of the investigation and conclude whether or not there has been any wrongdoing from our part. I have found myself embedded into a vicious circle of “accusations”, all of which are solely based on an interview given to an international medium! The interview has been altered and used to fuel rumours and innuendos about illegal activities, coming from unnamed sources and serving unclear motives,”  he said.

And he added:  “There has never been any illegal activity whatsoever and am adamant that the police are aware of this fact which is supported by their own investigation since the 15th of November. The Police are not acting within the spirit of the law but rather seems to be influenced by the media. Furthermore, the public statements and/or unfounded allegations against us can only lead one to believe that we are guilty of having committed offences, something which we utterly refuse and simultaneously believe has already violated the presumption of innocence.

“We understand that the police authorities are being under extreme pressure by various parties not involved with the investigation who are clueless as to the facts and evidence in place to proceed with arrest warrants against us. We hereby declare that such action would not be in accordance with the rule of law and would be legally unjustifiable. Additionally, we believe that such actions would be disproportionate and/or unnecessary and/or onerous to the aim pursued.”

Dillian said he and the company have been communicating and cooperating with the police on a daily basis since November 15, through their lawyer  Andros Pelecanos.

He added that on November 15, Customs and Police contacted him to ask for assistance and access to premises.

“The Police requests were granted immediately, together with my company’s reassurances that we were at their disposal for any further assistance that would speed up their investigation. All equipment has been in their position since the 15th of November and they are the only ones that had access to the equipment since then. However, now, via press channels, they attempt to portray a different picture of myself and our company, even allowing speculation of tampering with evidence,” he said.

“This included the unacceptable constant leakage of information from the police to the media, dragging Mr. Avni Shahak,  head of the Jewish community and his family into this story alongside the Jewish community all as part of this witch-hunt and public facade to create a criminal case,” he added.

Dillian reiterated that the car has not been active in Cyprus other than for demo and field tests purposes only, solely on company-owned devices, and under the guidelines directed by the local authorities. Moreover, the van is not worth €9 million as stated by the press, but approximately €200,000 since it is a concept van for display purposes, he added.

“Taking into account these events, we are considering to take out all business operations from Cyprus. This kind of behaviour by Cypriot authorities will hurt the country appealing to any foreign investors and international companies, as no company can tolerate unstable business and legal environment, totally unprotected to rumours towards corporate activities.

“Given the fact that our company is a Cypriot company, it is now very clear that the hostility especially from certain political parties is targeting our Israeli ethnicity and aims to destabilize the Cypro-Israeli relations, something far more worrying that the already fragile business profile of the country,” he concluded.